The vigil will coincide with the New York Public Library Spring fundraising gala.  The event is co-sponsored by Citizens Defending Libraries, and will feature an appearance by Rev. Billy and his choir. END_OF_DOCUMENT_TOKEN_TO_BE_REPLACED

Previously, the Committee issued a document entitled &#8220The Truth About the Central Library Plan,&#8221 which it calls an &#8220analysis of the NYPL’s plan to gut the 42nd Street Library and sell the Mid-Manhattan Library and Science, Industry and Business Library.&#8221 The latest volley in the battle over the library is a response to NYPL’s recent &#8220Setting the Record Straight,&#8221 an attempt to counter critics. END_OF_DOCUMENT_TOKEN_TO_BE_REPLACED The Croton Aqueduct still functions in Westchester not as a water-carrying system but as an elongated trail somewhat paralleling the Hudson River from Croton to Yonkers. The Aqueduct has devoted followers and a friends group and always is being used by hikers, strollers, runners, and families. It forms a living thread uniting the communities of the county. END_OF_DOCUMENT_TOKEN_TO_BE_REPLACED

The year was 1834 and the place was the normally tranquil and bucolic Village of Sing Sing, now called Ossining. Actually, the extremely bad behavior took place just outside of the Village, on nearby farmland where a high-end condominium called “Beechwood” now stands in the Village of Briarcliff Manor, on the southwest intersection of Route 9 and Scarborough Station Road. Nonetheless, due to its proximity, it was the Village of Sing Sing that got the headlines in the “penny press,” and crowds of curious and outraged Villagers flocked to the “New York Road” in front of the farm hoping for a glimpse of the sequestered souls residing in the house. END_OF_DOCUMENT_TOKEN_TO_BE_REPLACED At the city’s peak before WWI and the beginning of the Machine-Age, approximately 3,000 factories, including many of America’s largest, rolled cigars in Manhattan. END_OF_DOCUMENT_TOKEN_TO_BE_REPLACED In 1809, Irving published his first major book, A History of New-York from the Beginning of the World to the End of the Dutch Dynasty, by Diedrich Knickerbocker. Through the Knickerbocker pseudonym, Irving poked fun at the city’s self-important Dutch elite, in which Knickerbocker was a fairly common last name. He also pulled an elaborate prank in anticipation of the book’s release, posting &#8220missing person&#8221 adverts in city newspapers, claiming Knickerbocker, a Dutch historian, had gone missing from his hotel room. END_OF_DOCUMENT_TOKEN_TO_BE_REPLACED But that wasn’t always the case. Early 18th century inhabitants rarely had clean drinking water (in fact, beer was a more trusted drink than water), but that all changed in 1799 with the founding of the Manhattan Water Company and pipes like this. END_OF_DOCUMENT_TOKEN_TO_BE_REPLACED A hearing is scheduled for tomorrow, Tuesday, Feb. 12, at the Bureau of Standards and Appeals, over a developer’s decision to add fifth floor to the four-story building, in violation of historic preservation rules.
END_OF_DOCUMENT_TOKEN_TO_BE_REPLACED

Manhattan’s Mount Vernon Hotel Museum & Garden is hosting a series of lectures this month. The Mount Vernon Hotel Museum building was constructed in 1799 as a carriage house and converted into a “day hotel” in 1826. Today the museum transports visitors back to that Mount Vernon Hotel, a 19th-century country resort for New Yorkers escaping the crowded city below 14th Street. These lectures are made possible in part by the support of the New York Council for the Humanities. Tickets are $10 for adults per lecture but free for students and seniors.

MARKET AND MEMORY: THE WAR OF 1812 IN COMMODITY AND SONG
On three consecutive Wednesdays participants can discover how the War of 1812 was remembered and celebrated in objects and song.

May 9th at 6pm
Ronald W. Fuchs, Curator, Reeves Collection, Washington & Lee University, discusses the New York market for commemorative ceramics made in the UK after the War.

THEY KEPT THEIR WORD
Thursday, May 10th, at 6pm

Hear about the important contributions of African-American women in literary societies in early 19th-century America. Women learned crucial writing, oration, and reasoning skills at literary societies that prepared them to claim the right of citizenship. Storytellers Debra Johnson and Sharon Holley combine their original research in Buffalo’s African-American Community with material from the Buffalo-Erie Historical Society. 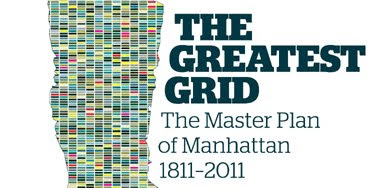