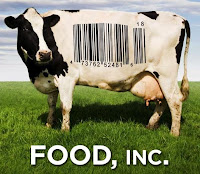 Otsego 2000 has joined forces with The Farmers’ Museum to screen the critically acclaimed film “Food, Inc.,” with special appearances by representatives from local food and agricultural organizations. The film will be shown in the Fenimore Art Museum Auditorium at 7:00 p.m. on Wednesday, January 20th.

“Food, Inc.” a Robert Kenner film, features interviews with experts such as Fast Food Nation author Eric Schlosser, Michael Pollan (The Omnivore’s Dilemma, In Defense of Food: An Eater’s Manifesto), along with agricultural entrepreneurs like Stonyfield Farm’s Gary Hirshberg and Polyface Farm’s Joel Salatin. “Food, Inc.” reveals surprising — and often shocking truths about what we eat. It exposes the highly mechanized workings of our nation’s food industry that are kept hidden from American consumers. The film stresses the idea that the nation’s food supply is now controlled by a handful of corporations that often put profit ahead of consumer health.

Speakers for the evening will include Chris Harmon, Executive Director of the Center for Agricultural Development and Entrepreneurship (CADE) in Oneonta- Shulamis Giordani, General Manager of the Foodshed Buying Club in Utica, New York- and Lyn Weir Manager of the Cooperstown Farmers’ Market. Each will talk about creating and supporting a vibrant agricultural and food economy here in Central New York.

For information, please call The Farmers’ Museum at 607-547-1450 or visit our website at www.FarmersMuseum.org.