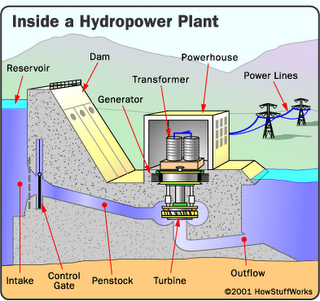 This Wednesday, June 22 at 7 pm, National Park Service Historian Duncan Hay will speak at the Chapman Historical Museum in Glens Falls, Warren County, on The History of Hydroelectric Power in Northeastern New York. The lecture is the third in a series funded by a grant from the New York Council for the Humanities and presented in conjunction with the museum’s summer exhibit, Harnessing the Hudson. The program is free and open to the public.

The speaker, Duncan Hay, works for the National Park Service as an historian and hydroelectric licensing specialist in the Rivers, Trails, and Conservation Assistance Program. He advises license applicants and the Federal Energy Regulatory Commission regarding protection of historic and archeological properties and outdoor recreation at hydroelectric projects.

Duncan also works as a cultural resources and museum specialist on planning teams for proposed new units and heritage areas of the National Park Service. Previously he worked for the Museum of American Textile History, and the New York State Museum as curator of industrial history. Duncan earned a Ph.D. from the University of Delaware’s Hagley Program in the History of Industrial America.

The author of Hydroelectric Development in the United States, 1880-1940, Mr. Hay will speak about the significance of Spier Falls dam and other early hydroelectric generators in the region. He also will address the rapid growth and consolidation of the industry during the first three decades of the 20th Century, leading ultimately to the formation of Niagara Mohawk.

The Chapman Historical Museum is located at 348 Glen Street, Glens Falls, NY. The exhibit Harnessing the Hudson will be on display through September 25th. Public hours are Tuesday – Saturday, 10 am to 4 pm , and Sunday, noon to 4 pm. For more information call (518) 793-2826 or go to www.chapmanmuseum.org. 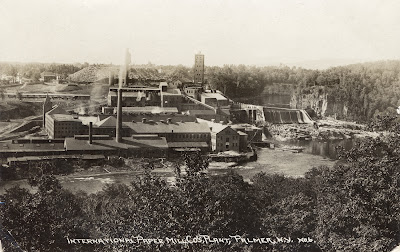 Tonight, Wednesday, June 8, at 7 pm the Chapman Historical Museum in Glens Falls will present an illustrated talk on the History of Palmer Falls in Corinth. The speaker will be Stephen Cernek, Prof. of Social Sciences & Humanities at Daniel Webster College and Director of the Corinth Social History Project, an online interactive exhibit. The program will take place at the museum and is free and open to the public.

In his talk Professor Cernek will present the visual and literary history of Palmer Falls from the 1820s to the 1990s, when the dam built there was most recently upgraded. The images will range from early romanticized renderings of the falls to detailed photographs that depict the sprawling International Paper Mill that dominated the site for many decades. To accompany the images he will share excerpts from written descriptions ranging from travelogues to works of fiction.

Stephen Cernek, who earned a Ph.D. in American History from Ball State University, teaches in the fields of American history and American studies. His scholarly interests in the study of organized labor, technology and industrial development in the paper industry led to the creation of the Hudson River Mill Project in 2005, and the Corinth Social History Project in 2010.

This lecture is the second in a series coinciding with the summer exhibit, Harnessing the Hudson. Funding for the project was provided by Brookfield Renewable Power, the Leo Cox Beach Philanthropic Foundation, the New York Council for the Humanities and National Grid. 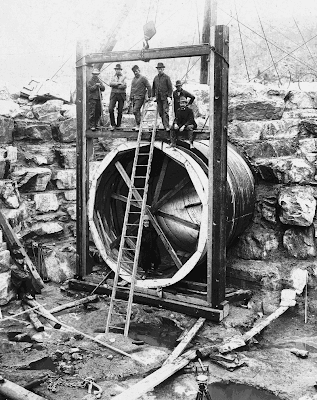 Many times in the late 19th century Adirondack photographer Seneca Ray Stoddard turned to the falls of the Hudson at Glens Falls for subject matter. He focused on the cascades, pools and rock formations that he found in the river bed as well as the bridges and factories above. Stoddard returned often to photograph the events that occurred there. Included in his work are images of floods, fires, and new mills along the river banks.

Photo: Glens Falls, View from the South Side of the Bridge, ca. 1875. Courtesy Chapman Museum. 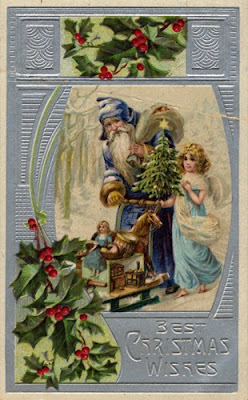 For the 2010 holiday season the Chapman Historical Museum’s historic DeLong House will be decorated to reflect the Christmas customs of the 1880s. Throughout the house visitors will find ribbons and flowers not only in the familiar red associated with the holiday, but also in burgundy, mauve and white – colors used in homes one hundred thirty years ago. The house also will feature centerpieces reproduced from period illustrations, hand-made velveteen tree ornaments and snowflakes cut from patterns of the time.

Tours will explore changes in the customs of Christmas from the 1850s to the mid 20th century. Included will be information about popular music, literature, children’s toys and even how our vision of Santa Claus changed over the decades from the first illustrated version of “The Night before Christmas” to the 1930s. A display of early 20th century postcards will provide visitors with a delightful glimpse at the variety of holiday greetings people could send to each other one hundred years ago. 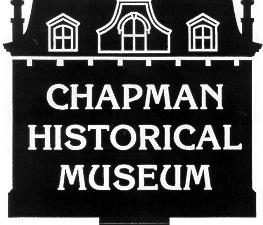 The Chapman Historical Museum’s 5th Annual Wine & Chocolate Tasting will be held November 12th from 5:30 to 8:00 pm at the Queensbury Hotel, 88 Ridge Street, Glens Falls, NY. The 2010 Tasting will feature a mix of more than 60 domestic and imported wines selected by Adirondack Wine Merchants from the myriad labels available through regional distributors. This year the offerings will include a wide range of varietals, whites and reds from dry to sweet, ports, and dessert wines. Attendees will discover both “great buys” and more expensive wines that they may not have tried.

The event also will feature gourmet chocolates from the Chocolate Mill, Barkeaters Chocolates, and locally made cheeses and desserts. Other participants include Argyle Cheese, Rock Hill Bakehouse, Sugarloaf Farm, and Catering & Cakes by Bella. Attendees may purchase food products at the event and order wines from Adirondack Wine Merchants, if they desire. Fiddler George Wilson will provide live entertainment throughout the evening.

New this year, NBT Bank is sponsoring an “Exclusive Wine Tasting” from 5:00-6:00 pm. Participants will taste a selection of amazing wines that are sure to please one’s palate, while learning about the terroir they are produced from and the history of the makers. VIP Passes to this exclusive treat, which must be purchased in advance, include admission to the rest of the evening’s events.

Tickets cost $30 per person in advance- $35 per person at the door. Admission to the Exclusive Wine Tasting is $75 per person. Attendees are encouraged to make reservations to go out to eat afterwards in one of Glen Falls many restaurants, eight of which are offering special discounts to ticket holders.