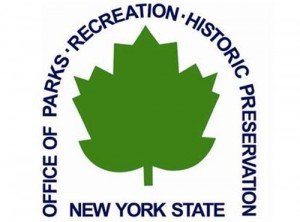 The New York State Board for Historic Preservation recommended the addition of 27 properties, resources and districts to the State and National Registers of Historic Places, including a Livingston County church where the American Red Cross got its start and a Rockland County complex that was central to the nation’s textile industry.

“The multi-faceted story of New York can be traced in its many distinctive buildings and unique landmarks,” said Rose Harvey, Commissioner of the Office of Parks, Recreation and Historic Preservation. “It is an honor to help preserve these unique landmarks by listing them on the State and National Registers of Historic Places.”

Clinton County
Lyon Street School, Peru, Clinton County – built ca. 1881, the one-room rural schoolhouse continued to function into the 1930s, until school centralization made hundreds of schools of this type no longer necessary.

Dutchess County
LaGrange District School No. 3, Freedom Plains – the building served the educational needs of students from the Freedom Plains area from the 1860s into the early 1940s, at which time the town’s district school system was abandoned in favor of a consolidated school model.

E.M. Hager &amp- Sons Co. Planing Mill, Buffalo – one of few planing mills left intact in Buffalo, the 1878 structure served the company involved in the construction of many of the city’s premier buildings and later made beautifully detailed interior woodwork for commercial and residential projects.

Buffalo Zoo Entrance Court – funded by the federal Works Progress Administration (WPA), the entry court and gates (1935-38) are the most intact surviving work of John Edmonston Brent, one of few African Americans practicing as both an architect and a landscape architect in the early twentieth century.

Hamlin Park Historic District, Buffalo – the neighborhood is an example of an intact middle class African American neighborhood that was stabilized in the mid-twentieth century with the aid of the federally sponsored Model Cities program, which was developed in response to the failure of urban renewal programs to revitalize inner city neighborhoods.

The Meldrum-Edwards Building, Buffalo – constructed ca. 1909, this is an early example of a reinforced-concrete frame building in Buffalo.  The building is the only surviving property associated with the H.A. Meldrum Department Store, which used it between 1909 and 1922.

Tonawanda Municipal Building, Kenmore – constructed in 1936 as a Works Progress Administration project to serve a growing community in a centrally located, easily accessible area of the town, the municipal building is an excellent example of late Art Deco design and civic architecture.

Herkimer County
Brace Farm, Winfield – the farmstead, including an 1810 dairy barn and 1861 Italianate house, was originally established by the family of Revolutionary War veteran Abel Brace and has been worked by eight generations of the same family for more than two centuries.

Meetinghouse Green Road Cemetery, Winfield – the oldest cemetery in the town was established in 1801 and contains the graves of many of the town’s earliest settlers.

Livingston County
English Evangelical Lutheran Church (St. Paul’s Lutheran Church), Dansville – the 1847 church is considered nationally significant for its association with Clara Barton, who in 1881 addressed an audience gathered in the church’s sanctuary about the important work of the international organization known as the Red Cross and her efforts to found a similar organization in the United States. As a result of this meeting, the community supported her efforts by creating the first local chapter of the American Red Cross.

Montgomery County
Hurricana Stock Farm (Sanford Stud Farm), Amsterdam – Carpet manufacturer Stephen Sanford and his son, John, were the first to successfully breed Thoroughbred horses in the northeast using architectural and technological innovations to breed and train horses through the coldest parts of the year at this farm founded in 1880.

New York
Fire Hook and Ladder Company No. 14, New York – the Romanesque Revival style firehouse constructed in 1888-89 served its Harlem neighborhood until 1975- it is one of 42 structures designed by the prolific firm of Napoleon LeBrun &amp- Sons for the New York City Fire Department.

Niagara County
Herschell-Spillman Motor Company Complex, Tonawanda – the early 20th century daylight factory buildings housed two important companies: Herschell-Spillman was a pioneer inventor and manufacturer of airplane and automotive engine motors, as well as a maker of carousels- and Remington-Rand Companies were renowned for their products that revolutionized record-keeping and storage methods.

Oneida County
The Rome Elks Lodge #96, Rome – built ca. 1848 as a residence for a prominent citizen, the house was converted into the Elks headquarters in 1926, as the neighborhood was transitioning from a residential area to an extension of the city core.

Ontario County
Knights of the Maccabees Hall, Cheshi
re – constructed in 1898 to meet a variety of local needs of residents of Cheshire and the surrounding countryside, the meeting hall was the focus of meetings and community activities, including continuous theatre productions on a fully appointed stage.

Otsego County
Mathewson-Bice Farmhouse and Mathewson Family Cemetery, Cooperstown Vicinity– the house was built sometime after David Mathewson moved from New England in 1796.  Its plank frame construction and center chimney, New England plan reflect its owners’ Rhode Island origin. The small family cemetery of eight graves was first used in March 1813, when two of the Mathewson daughters (Rhoda and Mary) died within one day of each other.

Rockland County
Rockland Print Works, Garnerville – largely constructed between and 1871 and 1910, the complex is nationally significant for its association with Garner &amp- Co., the largest textile producer in the United States, with a workforce that numbered over 10,000 employees by the mid-late 19th century in New York and Pennsylvania, exerting enormous influence on consumers of the textile industry and on the American workforce

Steuben County
First Baptist Society of Bath – built in 1887-88, the Romanesque Revival building was designed by prominent Binghamton architect Truman I. Lacey and constructed by local builders for the village’s Baptist congregation, which had formed in 1842.

Suffolk County
Cherry Grove Community House and Theater, Cherry Grove – the building was floated across Long Island’s Great South Bay to serve as the community house for the Cherry Grove Property Owners Association, which organized in 1944 to serve the small hamlet’s civic needs and played an enormous role in shaping what gradually evolved into “America’s First Gay and Lesbian Town.”

Warren County
Delaware &amp- Hudson Passenger Station (Lake George Railroad Station), Lake George – erected 1909-1911 as a complement to a nearby Fort William Henry Hotel, which was largely demolished in 1969, the Mediterranean Revival style station is among the last surviving features of what was a sprawling resort complex operated by Delaware &amp- Hudson to serve a thriving tourist industry.