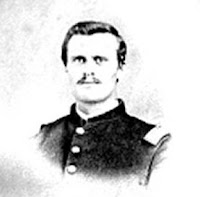 The section of Wilmington referred to as Haselton was once known as Markhamville. The name came from settlers who arrived prior to 1800, and it was more than a century before the change was made to Haselton. Among the early-nineteenth-century residents was Nathan Markham, who earned a living in iron manufacturing before turning to farming. He and wife Susan raised six sons and four daughters. The Markham work ethic served them well.Three daughters and two sons were teachers in area schools. Several sons became prominent businessmen in different cities, and four of them were successful attorneys. George became the president of Northwest Mutual Life, an insurance company that is now 153 years old and holds more than $1 trillion in individual policies. And Henry became the governor of California.

Henry Harrison Markham was born in Wilmington on November 16, 1840. At the age of 19, he was still working on the family farm, but extended his education by attending Vermont’s Wheeler Academy, from which he graduated in 1862. Shortly after, he moved to Manitowoc, Wisconsin, on the western shore of Lake Michigan.An overriding concern at the time was the war, and just as his young father (only 18) had fought in the Battle of Plattsburgh, 23-year-old Henry enlisted, joining the North’s Civil War forces in December 1863. Tracking the movements of Company G, 32nd Wisconsin Infantry reveals their role in Sherman’s infamous March to the Sea. Henry survived that campaign, but for him, the war ended soon after.In January 1865 in South Carolina, the troops of the 32nd had slogged their way for days through the muddy morass of Whippy Swamp, sometimes waste deep in cold water. At a place known as River’s Bridge, the Confederates released a hellfire in defense of their position, but a relentless push forward by Union troops forced the rebels to fall back.Dozens died in the battle, and Henry was badly wounded. After a period of recovery at Beaufort, S.C., he was mustered out in May 1865 as a 2nd Lieutenant. Returning to Wisconsin, Henry took up the study of law with a well-known firm, and within a few short years, he was admitted to legal practice at various levels, including the US Supreme Court.When his brother Charles arrived, they formed a very successful law partnership in Milwaukee. Henry was joined in marriage with Mary Dana at Waukesha, Wisconsin, in May 1876, and from outward appearances, life was good.But illness and the nagging effects of his war injuries took an increasing toll, compelling Henry to seek a more healthful climate. Catching his eye was a magazine advertisement: “To Health Seekers—A Beautiful Home in a Beautiful Land—A Fruit Farm in Southern California.” With 22 acres, 750 fruit trees, and a vineyard, Henry was sold. In the late 1870s, Pasadena, California, became the new Markham homestead.In addition to operating his fruit orchard, Henry kept busy pursing civic and business interests in California. Besides investing in various mines, he helped found the Pasadena Public Library and served on the school board, assuming a position of prominence in the community.In 1884, the Republican Party in southern California was searching for a strategy to defeat the Democrats, who had long wielded power. A few interested candidates seemed lackluster at best, and Henry was approached as a dark horse possibility. He consented, and then did what he had always done in any endeavor: worked hard. Success followed, and for the next two years, the interests of southern California were looked after in Washington by Congressman Markham.At re-election time in 1886, he seemed a sure bet to win again. But, just as he had reluctantly surrendered his law practice in Wisconsin, Henry said “Thanks, but no thanks” in declining the opportunity. The east-coast climate had again diminished his health, and he opted for civilian life in Pasadena rather than another term in Washington. 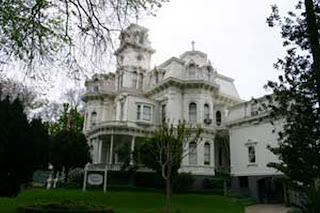 Aware of his leadership capabilities and his interest in the plight of war veterans, Congress elected him as a manager of the National Homes for Disabled Soldiers. The position was unpaid, and Henry frequently used his own money to finance related expenditures. In that regard, the home in Santa Monica greatly benefited from his largesse.In 1887, Henry commissioned a magnificent three-story home to be built on his property (the cost in 2010 translates to well over $1 million). The huge mansion would easily accommodate his growing family (three young daughters), but Henry wanted more for them. He began building a playhouse, specially constructed to also accommodate Dad, who was 6 feet 2 inches tall. It was a beloved structure that the children shared for years with many friends.Next week: Markham’s career rises to new heights.Photos: Top?Henry Harrison Markham, circa 1864. Bottom?The Markham Mansion, once a landmark in Pasadena, California.The story of Henry Markham is one of 51 original North Country history pieces appearing in Adirondack & North Country Gold: 50+ New & True Stories You’re Sure to Love (352 pp.), a recent release by author Lawrence Gooley, owner of Bloated Toe Publishing.

One thought on “Henry Markham: New Yorks Governor of California”