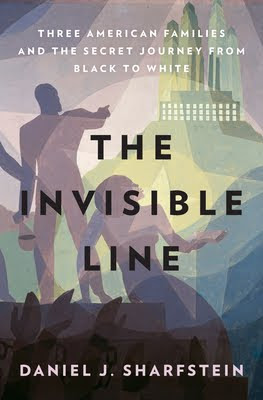 In America, race is a riddle. With the widespread availability of DNA testing and the boom in genealogical research, it has become even harder to view race neatly in black or white. Daniel J. Sharfstein, in conversation with Brent Staples, unravels the stories of three families who represent the complexity of race in America and force us to rethink our basic assumptions about who we are at an event on Thursday, April 12, 6:30 PM [note, new date] at The Robert H. Smith Auditorium at the New-York Historical Society, 170 Central Park West, NYC.

&#8220The Invisible Line: Three American Families and the Secret Journey from Black to White&#8221 is part of the Bernard and Irene Schwartz Distinguished Speakers Series. Daniel J. Sharfstein is an associate professor of law at Vanderbilt University and the author of a book by the same name. Brent Staples (moderator) has been a member of the editorial board of The New York Times since 1990 and is the author of Parallel Time, which won the Anisfield-Wolf Book Award.