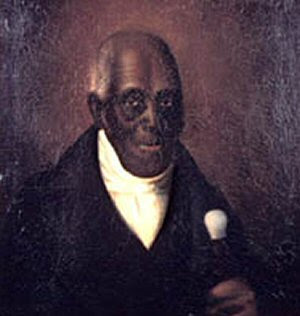 In February 2012, Saratoga National Historical Park, located between Rt. 4 and Rt. 32 just north of the Village of Stillwater, will offer a free, month-long highlight exhibit on Agrippa Hull, a black soldier who fought in the Battle of Saratoga. And from 1:30 to 3:30 PM on Sunday, February 12, 2012, the Park presents a special free program, “Men of African Descent at the Battle of Saratoga.”

This special exhibit focuses on the Agrippa Hull, a black soldier who fought in the Battle of Saratoga. Hull, who was a slave in early life, fought in the American Revolution and eventually became a very successful businessman. Historical documentation on his life and family gives us a unique look into an ordinary soldier and extraordinary man.

The program on Sunday the 19th unveils new information about free and enslaved black soldiers fighting in the Battle of Saratoga. Among the fascinating findings is the racial integration in the ranks of the Continental Army, a situation that did not happen again until the Korean War.

For more information about this or other events, please call the Visitor Center at 518-664-9821 or check the park website at www.nps.gov/sara.