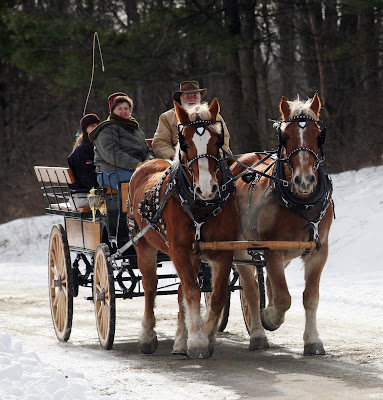 The 17th annual Frost Faire will take place from 10:30am to 3pm on Saturday, January 28 at Saratoga National Historical Park, located on Routes 4 and 32 in Stillwater. Popular in the 1700s, a “Frost Faire” eased the effects of “cabin fever” with opportunities to visit friends and enjoy winter activities, refreshments and entertainment.

If there’s snow, participants can bring their snow tube or plastic sled for rides on the “Big Hill.” Even if there is no snow, you can still enjoy horse-drawn carriage rides, winter nature treks, contra-dancing, special exhibits, games, plus cocoa and cookies by the bonfire. The event is free.