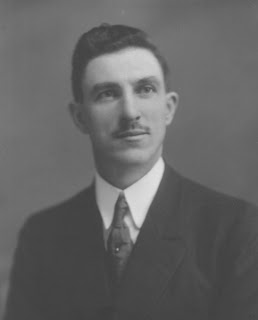 In the early 1900s, woodsman Oliver Lamora of Brandon, New York became somewhat of an Adirondack hero, earning coast-to-coast headlines with his ongoing battle against billionaire William Rockefeller. At the same time, just 20 miles north of Oliver’s homestead, a young man began a career destined to earn him international praise as a hero of two world wars—without ever hoisting a gun to his shoulder.

Darius Alton Davis was born in 1883 in Skerry, New York, and worked on the family farm about ten miles southwest of Malone in Franklin County. The Davis family was devoutly religious, following the lead of Darius’ father, Newton, who took an active role in the local church, Sunday school, and county Bible Society.

In 1903, Darius graduated from Franklin Academy in Malone. At the commencement, several students presented papers to the assembly. Darius chose as his subject David Livingstone, the legendary Scottish explorer and medical missionary. The audience heard details on Livingstone’s humble beginnings, hard work, civility, and desire to help others. What young Davis was presenting, in fact, was a blueprint for his own future.

Darius attended Syracuse University (1903–1907), where he studied theology and played a leadership role on campus. “Dri,” as he was known, was a top oarsman, guiding the crew team to many sensational victories, including one world-record effort that stood for five years.

In 1905, he was elected president of the university’s YMCA (recently renamed “the Y”), an event that would determine his life’s direction. Prior to graduation in 1907, Darius accepted a position as religious director for the YMCA in Washington, D.C. After marrying his college sweetheart, he worked three years in Washington while continuing his studies, attending four terms at the Silver Bay YMCA School on Lake George, New York.

His personality, intelligence, and work ethic made Darius a very capable leader, and in 1910, the International Committee of the YMCA assigned him to establish a presence in Constantinople, Turkey. From the position of general secretary of operations, Darius built a membership of nearly 600 in the first year.

In late 1912, the Balkan War broke out, and Davis assumed the organization of Red Cross aid. He also volunteered, serving for six months as an interpreter in a Turkish hospital. His selfless dedication to war victims did not go unnoticed. In appreciation, the Turkish sultan awarded him a medal, the prestigious Star of the Third Order of Medjidieh. 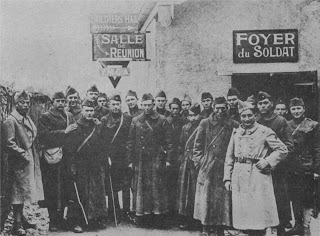 In 1915, within a year after World War I began, Darius was assigned to work with prisoners in France and Italy, both of which were unprepared for the mounting number of captured troops. The YMCA assumed the challenge of caring for the physical, mental, social, and spiritual needs of the men held captive. The organization’s efforts were based on Christian charity, but it mattered not what one’s beliefs were: the YMCA was simply there to help anyone.

Access to prison camps had been largely restricted, but Davis was a great negotiator and spokesman. Dealing with various government officials, he stressed the YMCA’s neutrality, which was a powerful argument.

The French were skeptical. They had recently developed a Foyer du Soldat (Soldiers’ Fireside) program featuring a series of buildings (small to large facilities, but often referred to as “huts”) where French soldiers could go to relax, read, snack, play games, and enjoy entertainment. Sensing an opportunity, Davis offered to support and expand the program while making it available to captives as well as troops. France’s war prisoner department finally relented.

They soon discovered the great value of Davis’ plan. Soldiers and prisoners alike were thrilled with the results, and within two years, 70 huts were established across the country. Eventually, more than 1500 were in place. In early 1917, when America entered the war, General Pershing requested that Davis provide the same program for the huge number of Allied troops destined for service in France. That meant quadrupling their efforts, which required enormous infrastructure.

Undaunted, Davis led the way, and within a year, the YMCA was operating what was once described as “the world’s largest grocery chain.” At a cost of over $50 million, it included more than 40 factories for producing cookies, candies, and other supplies, plus warehouses, banks, hotels, cafes, dorms, and garages for vehicle repair. Their own construction and repair departments built and maintained the facilities.

After the war, Davis was appointed the senior YMCA representative in Europe, and from that position, he organized YMCAs in several countries. In 1925, he became secretary of the National Council of Switzerland (a neutral country), and in 1931 was named associate general secretary of the World YMCA based in Geneva, a position he held as World War II began.

In that capacity, he worked with the War Prisoners’ Aid program, an advancement of the work he had done with prisoners during World War I. In late October 1940, Davis completed a three-week tour of POW camps in Germany. At the time, the YMCA was already providing recreational and educational services to millions of prisoners, but sought to do more.

Though many were well treated by their captors, they often lacked warm clothing, news from home, adequate food, and other daily needs. Books were one of the most desired and requested items in every camp. Many organizations (like the Red Cross) addressed that problem—the YMCA alone had distributed hundreds of thousands of books to prison camps across Europe. 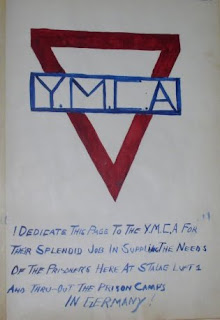 Their aim was to provide the essentials to prisoners held in all countries, and Darius was relentless. By January 1941, negotiations had been conducted on behalf of an estimated 3 million POWs in Australia, England, France, Germany, Hungary, India, Palestine, Rumania, Sweden, and Switzerland. As the war continued, that number kept rising.

In a speech he gave in mid-1942, Davis spoke of the more than 6 million war prisoners they were helping to care for. It wasn’t a perfect system, but it gave the prisoners a voice and a connection to the outside world. It also allowed independent observation of the goings-on inside many prison camps, a comforting fact to both the prisoners and their families back home. One newspaper noted, “The YMCA already is conducting welfare work among the largest number of war prisoners in the history of mankind.”

After the war ended in 1945, Darius spent four years aiding refugees and citizens who had been displaced. In 1953, he was awarded the Officers Cross of the Order of Merit of the Federal Republic of Germany for his work with German POWs. Ten other European governments likewise honored Davis for his work on behalf of prisoners. The onetime farm boy from Skerry touched an untold number of lives. Darius Alton Davis died in 1970 at the age of 87.

Lawrence Gooley has authored ten books and dozens of articles on the North Country’s past. He and his partner,
Jill McKee, founded Bloated Toe Enterprises in 2004. Expanding their services in 2008, they have produced 19 titles to date, and are now offering web design. For information on book publishing, visit Bloated Toe Publishing.