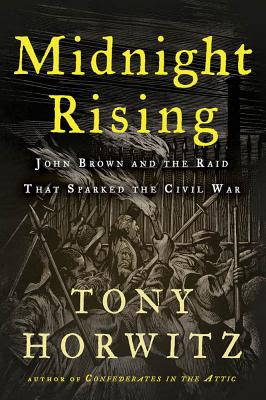 Late on the night of October 16, 1859, Adirondack abolitionist John Brown led 18 well-armed men on a raid of the federal armory and arsenal at Harpers Ferry and sparked a nationwide uprising against slavery. The principal goal of the raid was to free slaves, not attack and hold a Southern state. The plan was simple: capture about 100,000 muskets and rifles, ammunition, and other supplies from the lightly guarded federal facilities at Harpers Ferry, retire to the countryside and carry out nighttime raids to free Southern slaves. The raider’s believed the southern harvest fields would be filled with disgruntled and overworked slaves bringing in the crops, a perfect opportunity to turn them to revolt.

The raid might have succeeded, had Brown not made a serious error in allowing an eastbound Baltimore & Ohio train the raiders had captured to proceed. The conductor alerted the main B & O office that abolitionists were attempting to free the area’s slaves. The word was immediately taken to B & O president John W. Garrett, who notified US President James Buchanan, Virginia Governor Henry A. Wise, and Major General George H. Stewart of the Maryland Volunteers that a slave insurrection was underway in Harpers Ferry. The worst fear of the southern slaveholders seemed to be at hand.

By about noon Brown’s last chance to escape into the countryside came and went &#8211 he was in command of the bridges, and held about 35 prisoners. Armed locals arrived and organized a makeshift attack with their own hunting guns. Then two militia companies arrived from nearby Charles Town &#8211 together they stormed the bridges and drove the half dozen or so of Brown’s men guarding them back.

Five raiders were captured alive. Seven initially escaped and five of them made it to ultimate freedom in the north- four later served in the Civil War. Ten men were killed. All but two were buried in a common grave on the Shenandoah River, across from Harpers Ferry. The lest resting place of Jeremiah Anderson remains unknown. Watson Brown’s body was given to Winchester Medical College where it remained until Union troops recovered it during the Civil War and burned the school in reprisal.

Brown was charged with murder, conspiring with slaves to rebel, and treason against Virginia (West Virginia was not yet a state) and after a week-long trial was sentenced to death in early November. He was hanged on December 2nd (John Wilkes Booth sneaked in to watch) and his body was afterward carried to North Elba in Essex County to &#8220moulder in his grave.&#8221

Horwitz is a Pulitzer Prize–winning journalist who has worked for The Wall Street Journal and The New Yorker. He also wrote Confederates in the Attic, the outstanding look at the Civil War’s continued legacy in the South. Midnight Rising follows John Brown’s plot from its very inception to the savage battle, and then to its aftermath as it galvanizes the North and pushes the South closer to secession.

New York History founder John Warren wrote about the raid in a series of posts on in 2009.