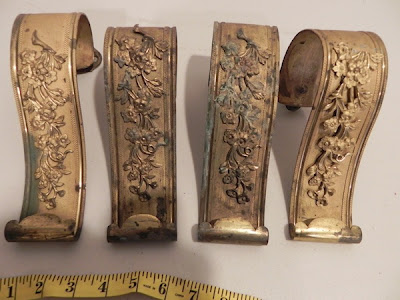 For those of you who are not familiar with Hyde Hall, I had the greatest treat a few weeks ago: the new Executive Director, Dr. Jonathan Maney, and I perused the textile and trim collections that have survived at this Regency mansion.

Hyde Hall, a National Landmark and a New York State Historic Site, located in Springfield, NY, was built by George Clarke between 1817 and 1834. 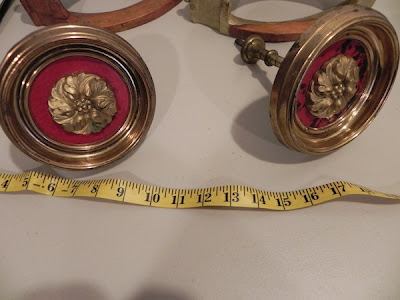 Its importance to material culture historians is based on the extraordinary survival of furniture, textiles, textile ornaments, and receipts for the period of its building. Everything is fully documented.

Rarely do we have the opportunity to put so many pieces together to understand both the style and color way for window treatments in a high style Regency mansion circa 1830.

More important to those of us who work in rural areas, Hyde Hall is not located in an urban environment. Rather, it is far afield from the population centers that we normally associate with high style culture. Hyde Hall is perched high on a bluff overlooking the northern tip of Otsego Lake, about 60 miles west of Albany, New York. 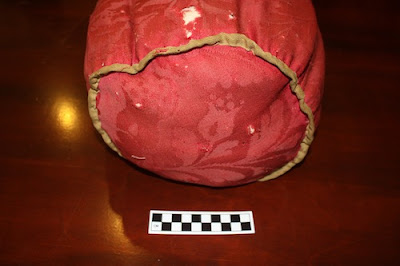 We know that the draper/upholsterer came from Albany as did much of the furniture, and we know the exact volume of fabrics, trim, and ornaments that were ordered. We have surviving fragments of the original red damask, tassels, trim, and ornaments for the grand dining room and the drawing room. These great rooms are elaborate, handsome, and very well preserved.

Hyde Hall offers us the opportunity to study, educate, and reproduce the window treatments with more documentation than nearly any other historic site could ever hope to find.

Rabbit Goody is a textile historian and owner/weaver at Thistle Hill Weavers. She is also the director of the Textile History Forum.