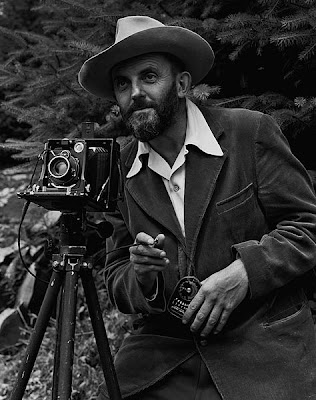 Images of the American West by the premier photographer of the 20th Century will be showcased in the major exhibition, Ansel Adams: Masterworks through January 8 in the Munson-Williams-Proctor Arts Institute Museum of Art in Utica.

The collection of 48 images by Ansel Adams (1902-84) represents two-thirds of his Museum Set, a selection the photographer himself made to represent the best of his life’s work. In these images one sees the importance Adams placed on the drama and splendor of natural environments, particularly in the American West. Visitors to the exhibition will see iconic Adams’ images such as Monolith, the Face of Half Dome, Yosemite National Park, California, 1927 and Moonrise, Hernandez, New Mexico, 1941.

Adams, a California native, first photographed Yosemite National Park at the tender age of 14 with a Kodak Box Brownie. He fell in love with the forests, valleys, and sublime rock formations there and soon dedicated his life to photographing and advocating for the conservation of the environment. In the 1920s Adams became a guide for the Sierra Club at Yosemite, where he covered the terrain via burro or woody station wagon, setting up his large camera and tripod on the roof of the car. He would be active in the Sierra Club for nearly five decades.

Adams’ stature in the history of photography is monumental. With Edward Weston, he was co-founder of the California–based photography group named f64, which emphasized “straight” or “pure” photography over soft-focus pictorialism. Photographer Alfred Stieglitz, who was an important influence on Adams, gave him a one-artist show at the New York City gallery, An American Place, in 1936. In 1941 Adams was commissioned by the Department of the Interior to document western national parks, including the Grand Canyon, Yellowstone, the Grand Tetons, and Carlsbad Caverns. He received the competitive Guggenheim Fellowship three times- was a consultant for Polaroid- was named to President Lyndon B. Johnson’s environmental task force in 1965- was a co-founder of both the Friends of Photography and the Center for Creative Photography at the University of Arizona in 1967- was the subject of a major retrospective at the Museum of Modern Art, as well as a cover story subject for Time magazine in 1979- and received the Presidential Medal of Freedom from Jimmy Carter in 1980. In 1985, on the first anniversary of his death, Yosemite National Park named “Mount Ansel Adams” on the Merced River. Throughout his long career Adams was also an influential teacher- he lectured extensively and wrote several books.

A technical master, Adams developed the Zone System for black-and-white photography, in which light is divided into eleven zones, from pure black to white. This system regulated light exposure and development of negatives in the dark room in order to maximize the photographer’s control of each print. Such control was imperative for Adams, who believed photography reflected the maker’s emotional response to his subject matter.