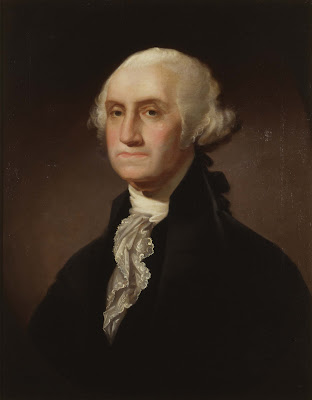 The Albany Institute of History & Art will be opening First in the Hearts of His Countrymen: George Washington on Saturday, August 27, 2011. This exhibition features objects from the collections of the Albany Institute and private collectors that memorialize and commemorate the country’s first president. It showcases objects ranging from the 18th century to the present day.

By some, Washington is thought to be the greatest American hero and his picture inspired patriotism even during his lifetime. When George Washington died of a throat infection on December 14, 1799, the nation wept and mourned as it never had before. When the news spread abroad Napoleon ordered a week of mourning for the deceased leader, and flags throughout Europe were lowered to half-mast.

Such was the impact of America’s iconic first president, whose likeness both during life and since his death has adorned and inspired thousands of artists, sculptors, and craftspeople. First in the Hearts of His Countrymen: George Washington will showcase an eclectic array of items from the Albany Institute’s own collection, including teapots, plates, busts, documents, personal correspondence, lithographs, paintings, and even a walking stick cut from a tree near his Mount Vernon grave site, all paying tribute to this purely American hero.

The exhibition pays tribute to the most famous face in American history, and to the man who was first in the hearts of his countrymen. It will remain on display until May 20, 2012, fittingly located at 125 Washington Avenue (and just a few blocks from Washington Park).

The institute is no taking reservations for school groups- contact [email protected] for more information.