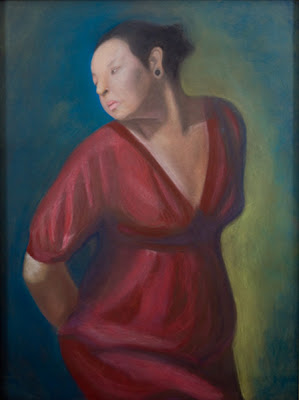 The Fenimore Art Museum in Cooperstown, New York will host the 8th Contemporary Iroquois Art Biennial: 4 Artists Under 30 – opening Saturday, August 27. The exhibition will feature the work of four young women from the Haudenosaunee, or Iroquois, Confederacy: Lauren Jimerson (Seneca)- Awenheeyoh Powless (Onondaga)- Leah Shenandoah (Oneida)- and Natasha Smoke Santiago (Mohawk). The exhibition was organized by guest curator G. Peter Jemison and will be on view through December 31, 2011.

These four young women are influenced by their heritage as Haudenosaunee but have also sought unique ways to express their individual vision &#8211 incorporating music, three dimensional objects, castings, as well as traditional methods to bring their work to life.

Awenheeyoh Powless, a recent graduate of the Rochester Institute of Technology, has incorporated Iroquois music and traditional dance steps to create paintings with her feet on un-stretched canvas &#8211 using foot movements to apply the acrylic colors.

Leah Shenandoah, another recent graduate of RIT, has focused on three dimensional objects that are across between sculpture and painting. The objects are made of stretched fabric on a wire frame to which paint has been applied as a stain. They are exhibited hung from the gallery’s ceiling in a grouping.

Lauren Jimerson, currently in her final year at RIT, uses pastel on paper to create portraiture.

Natasha Smoke Santiago, a self-taught artist who has been actively exhibiting her art since she was a teenager, casts the bellies of pregnant women and then forms the casts into sculptural objects incorporating traditional Haudenosaunee craft techniques. The bellies are turned into pottery or elaborate baskets with materials resembling splints.