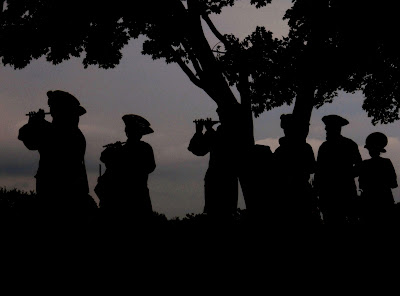 Discover the unexplained past at Fort Ticonderoga during evening Garrison Ghost Tours, Fridays and Saturdays, Oct. 22 and 23 and Oct. 29 and 30. The lantern-lit tours, offered from 7 p.m. until 9 p.m., will highlight Fort Ticonderoga’s haunted history and recount stories featured on Syfy Channel’s Ghost Hunters.

Garrison Ghost Tours, led by costumed historic interpreters carrying lanterns, allow guests to enter areas of the Fort where unexplained events have occurred. The forty-five minute walking tour in and around the Fort offers historical context to the many ghostly stories that are part of Fort Ticonderoga’s epic history. The evening tours allow guests to experience the magic of Fort Ticonderoga at night. Guests can also take their own self-guided walk to the historic American Cemetery where a costumed interpreter will share the many stories related to its interesting past.

Fort Ticonderoga has a long and often violent history. Constructed in 1755, the Fort was the scene of the bloodiest day of battle in American history prior to the Civil War when on July 8, 1758 nearly 2,000 British and Provincial soldiers were killed or wounded during a day-long battle attempting to capture the Fort from the French army. During the American Revolution nearly twenty years later thousands of American soldiers died of sickness while defending the United States from British invasion from the north.