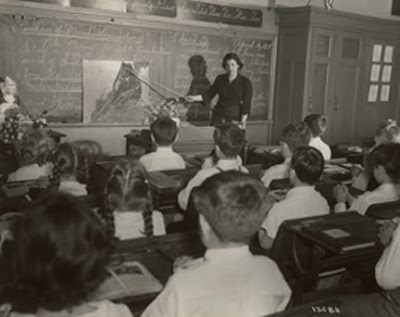 The entire series is available for $60/$40 for Friends, seniors & students. Advance reservations are required. Tickets can be ordered online, calling 212-614-9107 or e-mailing [email protected]

This panel will examine the architecture of school and library buildings across New York City, highlighting their history as well as reuse and restoration. Bruce Nelligan of Nelligan White Architects will showcase his firm’s renovations to historic schools in The Bronx, Manhattan and Queens, ranging from 1893-1930, highlighting discoveries about evolving construction techniques and various approaches to rehabilitation. Throughout the five boroughs, there are 55 public libraries still existing of the original 67 built with industrialist Andrew Carnegie’s support. Rashmi Sen, principal of Sen Architects will discuss her firm’s work renovating several Carnegie Libraries in Brooklyn and The Bronx. Through her efforts, these libraries have been successfully updated and modernized, while retaining and restoring their distinctive historic features. Jean Arrington is a scholar of C. B. J. Snyder, New York City School Superintendent from 1891 to 1923, who designed and constructed more than 400 new buildings and additions. Ms. Arrington will discuss Snyder and how he changed school design both in New York and nationally. This program will be a good introduction for attendees of the related walking tour that is part of this series.

An Educational Walk Through Chinatown: C.B.J. Snyder’s Schools, Andrew Carnegie’s Libraries and Everything In Between
Saturday, October 23, 11:00am, exact location announced upon registration
$35/$25 Friends, students & seniors

The second program of the series will be a walking tour highlighting the rich architectural legacy of public educational buildings in New York City through an examination of those schools designed by Superintendent C. B. J. Snyder, several Carnegie Libraries and other institutions of learning throughout Chinatown. Snyder scholar Jean Arrington will co-lead this tour and discuss several extant Snyder school buildings in the neighborhood, some of which are now being adaptively reused. Tour co-leader and noted guide Justin Ferate will explain the interesting historic development of this diverse immigrant neighborhood, visiting other significant institutional buildings including two existing Carnegie Libraries at Chatham Square and Seward Park.

New York City schools have been the backdrops for some of film’s most celebrated moments, from “Blackboard Jungle” to “Fame”. This fun and informative program explores the portrayal of New York schools in popular film throughout the twentieth century. The program will be led by architectural historian and educator John Kriskiewicz.