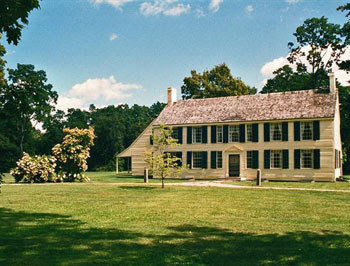 The Friends of Saratoga Battlefield present a series of Children’s Programs at 1pm on Thursdays in July at the historic Schuyler House located on Route 4 in Schuylerville. These free programs are open to children ages 5 and up and offer fun ways to experience what children’s lives were like during the time of the American Revolution.

July 1: “We’re Cooking Now!” — What did children eat at the time of the American Revolution? Was it really cooked on an open-fire? Find out, as participants discuss open fire cooking, fire safety, and food practices.

July 8: “Fun and Games and Toys!” — Learn about games children enjoyed and toys they played with &#8211 after their chores were done, of course.

July 15: “Come Dancing!” — Dancing was an important social skill for adults and children alike. Participants will experience fwhat dance looked like over 200 years ago.

July 22: “Let’s Dress Up!” — Dress like girls and boys did during America’s Revolution. Try on a ball gown, long coat, a soldier’s regimental uniform, or a camp follower’s clothes, and see how you look. You can also try laundry with out a washing machine!

These programs are presented by educator Shari Crawford, a certified K-12 teacher who is also an experienced re-enactor. She has been involved in living history and children’s historical programs a numerous schools and historical sites.

Programs will be held rain or shine. Parents: have your children dress in clothes you don’t mind if they get dirty. The Schuyler House is located on Route 4 at the south end of the Village of Schuylerville.

For more information on these and other events at Saratoga National Historical Park, the National Park in your backyard, call the Visitor Center at 518-664-9821 ext. 224 or check the park website at www.nps.gov/sara.