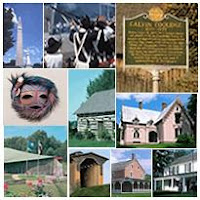 A recent federal report ranks Vermont the top state in per capita use of Federal Historic Tax Credits to rehabilitate historic buildings and 10th in the nation overall – rising from 12th overall last year. A total of 34 rehabilitation projects with a total construction value of more than $23 million received $4.6 million in federal tax credits in the last fiscal year.

State officials credit the decision several years ago to require those seeking state historic Downtown Tax Credits to first get Federal Historic Tax Credits with putting Vermont to consistently within or just outside the top ten states nationally for use of the credits, despite its small size.

“This linkage allows building owners to layer the state and federal credits on a single project,” said Commerce and Community Development Secretary Kevin Dorn, “There is always risk in the rehabilitation of an older building because you never know what you will find when peeling back the layers.”

“Combining the programs not only leverages the economic impact of the state’s investment, it helps mitigate this risk and convinces more property owners to undertake historic rehabilitation projects in our downtowns and villages,” Dorn said.

In the past ten years, the program has leveraged over $38 million dollars in federal funds and $190 million in private capital to revitalize historic commercial buildings, most of them in Vermont’s downtowns and village centers.

Projects have ranged from small village storefronts in Hardwick to multi-million dollar downtown redevelopments like the Fellows Gear Shaper plant in Springfield.

The federal program returns 20 percent of eligible expenses for the rehabilitation of income producing historic buildings listed or eligible for listing on the National Register of Historic Places in the form of federal tax credits.

The state credit adds another 10 percent, and other state credits for facade improvement or installing elevators, sprinklers, or other code improvements can be added as well. Over 10,000 buildings in Vermont are pre-qualified for tax credits.

The program has played an important role in the downtown and village revitalization evident across the state and is now a key component the state’s efforts to promote smart growth and sustainable development.

Renovating historic buildings for higher and better uses reduces the loss of open space and farm lands to development and makes use of existing infrastructure, eliminating the need for taxpayer dollars to construct new sewer or water services.

Vermont’s ongoing commitment to investing in downtowns and villages has not gone unnoticed – these programs played an important part in the National Geographic Society’s Center for Sustainable Destinations ranking Vermont fifth in the world and first in the United States for stewardship and authenticity.

“But more important is the fact that Vermont wins when these buildings are rehabilitated,” said Tayt Brooks, Commissioner of Department of Economic, Housing and Community Development.

“Property values increase, fire and safety risks are reduced, and new jobs and tax revenues are generated when and where we need them most,” Brooks said. “It’s especially important to capitalize on this opportunity as we work to create new jobs and stimulate Vermont’s economy.”

The programs are administered by the Division for Community Planning and Revitalization, in partnership with local communities. Additional details and application guidelines are available at www.HistoricVermont.org