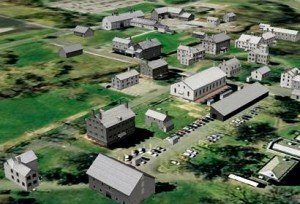 At the core of VWV, is the digital reconstruction of all known Shaker structures built in the publically accessible areas of the Watervliet Shaker National Historic District since the late 18th century.  The digital reconstruction allows users to fly through the historic site and to rotate 3D models of historic Shaker architecture. END_OF_DOCUMENT_TOKEN_TO_BE_REPLACED 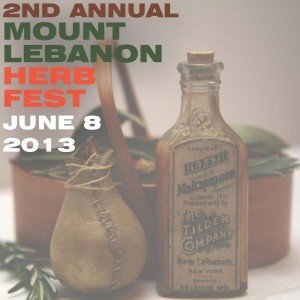 The Mount Lebanon Herb Festival will be held on Saturday, June 8, 2013, from 9 a.m. to 5 p.m, rain or shine on the campus of the Darrow School in New Lebanon, NY, the historic grounds of Mount Lebanon Shaker Village.

New Lebanon has a remarkable history with herbs. Its famous warm spring feeds the Shaker Swamp in the village of New Lebanon, and that supported an extraordinary collection of wild herbs long used by Native Americans. The Shakers, who based their national headquarters in New Lebanon, expanded on the uses of these herbs and created an industry around their sales. In 1824, Elam Tilden (father of politician Samuel J. Tilden) put this knowledge toward the start of one of the nation’s first pharmaceutical companies, the Tilden Company, using herbal tinctures, extracts and compounds derived in New Lebanon that were eventually marketed around the world. END_OF_DOCUMENT_TOKEN_TO_BE_REPLACED 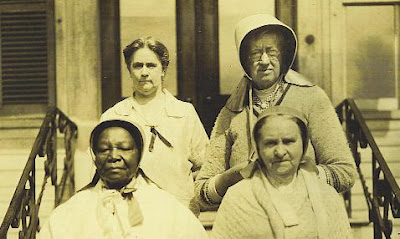 The Shaker Heritage Society is offering guided tours of America’s first Shaker Settlement. Tours will run every Saturday beginning May 5th through September 29th. Participants will learn the story of the Shakers, a group that played important roles in shaping local and national history. The grounds also house a historic herb garden, chickens, turkeys, and oxen, the grave of Shaker founder Mother Ann Lee and other important Shakers in the Shaker cemetery.

Guided tours begin the 1848 Shaker Meeting House at the site of America’s first Shaker settlement. The historic site is adjacent to Albany International Airport off of Heritage Lane. Tours begin at 1:00pm. There is a suggested donation of $5. 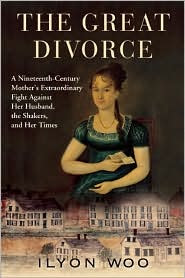 The Buffalo & Erie County Historical Society, in collaboration with co-sponsors Adrienne Rothstein Grace, Certified Financial Planner, and the Western New York Women’s Bar Association, will present &#8220Women and Divorce: 19th Century Outrage/21st Century Strategies,&#8221 an evening of speakers on the topic of the changing rights and history of women and divorce in New York State on Thursday, August 26, at 7 p.m.
at the Buffalo & Erie County Historical Society, 25 Nottingham Court (at Elmwood Ave.).

Keynote speaker Dr. Ilyon Woo is the author of The Great Divorce: A Nineteenth-Century Mother’s Extraordinary Fight against Her Husband, the Shakers, and Her Times (Atlantic Monthly Press). The book tells the story of Eunice Hawley Chapman, whose husband left her, taking their children, and joined the Shakers, a reclusive religious sect. At the time, a married woman in her circumstances had few rights and no legal identity. Chapman sought unprecedented intervention, and fought hard for the return of her children, rallying even the State legislature. Dr. Woo will speak on the topics addressed in her book. She will also sign copies of the book, which is available in the Museum’s gift shop