The Adirondack History Center Museum in Elizabethtown, Essex County, is opening for a new season beginning on Saturday, May 28. The museum will be offering some new exhibitions including What do You Want to Do? that focuses on the Brewster Memorial Library’s collection of old recreational brochures related to Essex County’s past attractions.

The Human Face exhibit highlights paintings of local people from the past, emphasizing the human presence within one of the Adirondack Park’s most fascinating corners. Opening on Saturday, July 23, is the new permanent exhibition, Worked/Wild. Through artifacts, photographs and stories that examine a wide spectrum of community life, this new exhibition explores the dynamic environmental and social structure of our region.

The museum is located at 7590 Court Street, Elizabethtown. It is open every day from 10am -5pm. For more information contact the museum at 873-6466 or visit the website at www.adkhistorycenter.org. 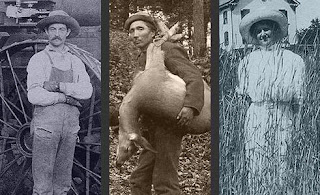 The Adirondack History Center Museum is opening for a new season beginning on Saturday, May 29. Come to the museum and discover some new exhibitions including A Sign of the Times focusing on signs &#8211 all things that convey ideas, information, commands, designations or directions. Displayed wall to wall and ceiling to floor the exhibit prompts viewers to ponder the purposes, qualities, facts and history conveyed by the signs. The signs are from the museum’s collection and have been gathered by citizens from around Essex County. The Swan Furniture exhibit highlights the craftsmanship of the Swans of Wadhams in historical context. At the same time the exhibit offers a unique blend of pieces for visitors to reflect on the furniture as art objects and artifacts.

New York History reported on the 2010 season schedule here. The museum is located at 7590 Court Street, Elizabethtown. It is open every day from 10am -5pm. For more information contact the museum at 518-873-6466 or visit the website at www.adkhistorycenter.org. 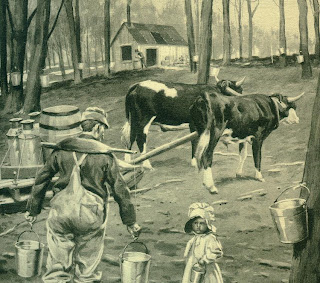 The Adirondack History Center Museum will hold its Maple Sugar Festival on Saturday April 17th from 9:00am – 1:00pm. Part of the Festival includes a Maple Dessert Contest for kids, youth and adults. Entries will be judged by a panel of five locals with expertise in the production and consumption of fine foods.

Entries must be made with real maple syrup, preferably New York made. Grade B Amber is suggested for its great maple flavor. Entries will be judged on taste, texture, quality, presentation and serve-ability. The winning creation will be featured for a week at the Deer’s Head Inn.

To enter, bring your creation to the Adirondack History Center Museum – top of the hill – in Elizabethtown – by 11:00 AM on Saturday the 17th. Volunteers will fill out your entry form and judging will start at noon. If refrigeration is necessary, please bring the entry in a cooler.

For more information, call the Adirondack History Center Museum at 873-6466 or email [email protected] The museum is located at 7590 Court Street, Elizabethtown, NY 12932.

The Adirondack History Center Museum will host two events in July that look at the landscape and built environment in Essex County. A reception, slide show and gallery tour by photographer Betsy Tisdale featuring the exhibition, In and Around Essex will be held on July 8th, 2009 at 4:00 p.m. The slide show highlights photographs not included in the exhibition and focuses on changes that have taken place in Essex, NY over the last 30 years. Light refreshments will be served including an array of pies contributed by Essex community members for a taste of hometown Essex. Donations accepted. Please call for reservations.

Celebrating a Landscape of Culture and Ideas: 1609-2009, is the focus of this season at the History Center which is offering its next event on Sunday, July 12 at 4:00pm. A lecture by Ellen Ryan, Community Outreach Director at Adirondack Architectural Heritage (AARCH), features “What can we learn about people and their environment by looking at architecture?” The presentation corresponds with the exhibition currently on display at the museum: Race, Gender, and Class: Architecture and Society in Essex County. Please call for reservations. $10/non-members, $5/members, $2/students.

The museum is located at 7590 Court Street, Elizabethtown (corner of Hand Avenue and Court Street). For more information please contact the museum at 873-6466 or [email protected]