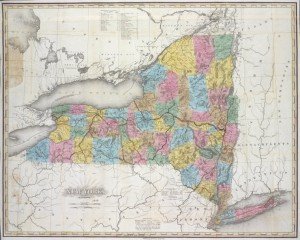 Carol Kammen’s response to Peter’s Feinman’s post on the “Path Through History” initiative suggests creation of an advisory board and the use of electronic communications to stay in touch and inform New Yorkers about history. That is an excellent proposal and the timing is right for a new push in the public history era for several reasons:

*Governor Andrew Cuomo is demonstrating a sustained interest in state history, through the “Path Through History” initiative, in his public speeches, web site, etc.

* The recession is easing which means, hopefully, that more public funds will be available for history.

* Public issues under constant discussion in this state, e.g., education, taxation, economic development, regulation of business, and environmental regulation, among others, all need historical perspective

* The posts on this New York history blog demonstrate the robustness, imagination, and new approaches being taken by history programs in New York but also show the need for coordination and more resources.

At the 2009 State History Conference in Plattsburgh, there was a plenary session on “Do We Need a Vision for New York State History?” The answer was – and is – “yes!” We are the only state in the nation to have a state historian and officially designated local government historians, and we have some of the strongest history programs in the nation. But the state history community is scattered, our work is uncoordinated, we need more focus and clear priorities, and we need to be heard in Albany on issues such as heritage tourism.

That plenary session led to the special issue of the journal The Public Historian in August 2011 on public history in New York. There are many ideas there about how to proceed, summarized in a post on this website in December, 2011. One of the first steps, advocated there, would be a meeting to discuss how to work together. Several leaders in the state’s history community called for such a meeting, or at least setting up a website where we could begin to share ideas, in 2009-2011.

Now is a good time to renew that call. We need someone or a group to step forward, define and dramatize the sense of urgency and need, demonstrate that the status quo can and should be changed, and begin the process of pulling the history community together and setting an agenda.

Who should sponsor a meeting? There are at least a dozen possibilities. It could be any of the following, or a combination of them, or other groups. All of the programs listed below have statutory or charter responsibility in the area of state and local history:

Where to begin? The discussion might begin around a proposed general goal, e.g. “Strengthen the capacity of New York’s historical community to carry out the preservation, interpretation, teaching, learning, research, publication, study and use of New York’s history.”

Where would it go from there? That would depend on the meeting and the ideas that emerged at it. One thing that is needed is a State History Council or something similar to help coordinate historical work in our great state. There are some other obvious candidates for consideration in an agenda, including building an advocacy network at the state and local levels, strengthening the status and role of local historians, expanding state advisory and support services, starting a history grants program, promoting the teaching of state and local history in the schools, making much more extensive use of social media and other electronic tools, promoting research and digitizing source materials, and building on the interest in heritage tourism and “Path Through History.”

Those are just some possibilities. There are thousands of people in the state’s history community who have experience, insights, perspectives, and good ideas about how to proceed.

Now is a great time to get started. Leadership is essential. There is a lot at stake. Just one possible approach: begin discussion and planning now and hold a meeting early in November, during New York State History Month.

One thought on “New York History Community: A Time for Action?”