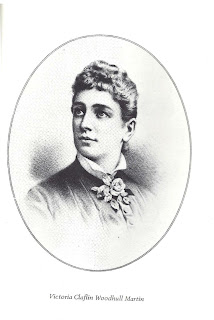 Love was too important to be left in the hands of the state, thought Victoria Woodhull. And she said so, at Steinway Hall just off Union Square in New York City in 1871, speaking to a packed audience on the principle of &#8220social freedom,&#8221 the code word for the right to choose your sexual partners.

&#8220Yes, I am a free Lover, I have an inalienable, constitutional and natural right to love whom I may, to love as long a period as I can, to change that love every day if I please.&#8221 The audience went wild.

Woodhull caused the biggest uproar with those words, although her two hour speech drew on the idea of individual rights that proposed a broad radical program for women. She claimed that women should have free access to information about birth control, critiqued prostitution and the legal racket around divorce, and traced women’s inferior position to her forced sexual subordination in marriage.

Woodhull was already practicing some of these notions. With her sister Tennessee Claflin she published a weekly with their radical notions, and had opened a stock brokerage firm on 5 Broad Street. Her household included her ex-husband, along with a current one. And she spoke freely in public places about things that &#8220respectable women&#8221 discussed only behind closed doors, if at all. 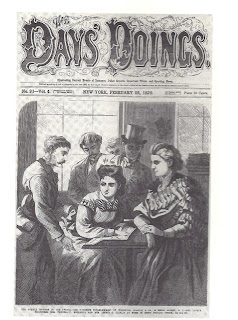 To prove she really meant business, she took a petition for getting women the vote to a Congressional Committee, based on the interpretation that the 14th Amendment guaranteeing votes to all citizens naturally had to include women. Her political theater got lots of attention but less results.

Other women in the voting rights movement were worried about such flamboyant tactics. She then tried to vote herself, but the Democratic Tammany regulars arrested her at the polls. She said it was just because she was voting Republican. Woodhull ran for president with Frederick Douglass as her Vice-President on the ticket, balancing women’s rights with claims for equality in a pairing so dramatic, it’s hard to believe they were running against Ulysses S. Grant.

Thirty years later, the fiery Emma Goldman was at it again, publishing information on birth control, living in a Lower East Side apartment with a couple men who were her lovers, and speaking out for justice, workers and anarchist thought. &#8220Modern women achieve freedom by refusing the right to anyone over her body, by refusing to be a servant to the State, society, the husband, the family, and by freeing herself from the fear of public opinion and public condemnation.&#8221

Even when she was in prison on Blackwell’s Island Emma Goldman wrote about longing for her lover. She was unafraid to talk about her desires, even as she criss-crossed the country making speeches for worker’s struggles and strikes. She backed the Industrial Workers of the World (IWW) in California, and miners in Colorado and garment workers in New York, all the while saying that personal freedom had to go along with hard-won political and workplace rights. On Valentine’s Day, my heart goes out to Uppity women who fought for every women’s right to pick who she wants to love and when she wants to love them.