A huge bejeweled crowd could be glimpsed dancing and drinking through the wide octogon window.

It was a bittersweet celebration because the party people knew that this would be the last one. The club closed in January, and the club owner pried off the wonderful old sign outside and the chrome panels, Zebra room decor and booths from the inside to trek a few hundred yards up the Avenue to a new location on Lenox and West 126th St. , near the Red Rooster Restaurant (where Pres. Obama likes to munch when wooing uptown supporters in New York). The club owner, Alvin Reed, Sr. owns the club trademarks, but can’t pay the doubled rent the building owner Ricky Edmonds is asking. So the club plus decorations is moving, and the classic location will become a restaurant, owned by Richard Notar, of the Nobu restaurant chain. 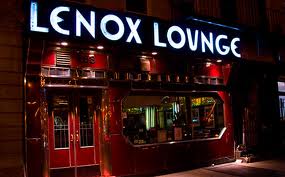 Preservationists are dismayed and Harlem residents can hardly believe that the facade has been pried off the street entrance where it withstood the rigors of change since 1939. The streamline elements evoke a high tide of enthusiasm for industrial chic known as Art Deco. Patrons included James Baldwin, Langston Hughes and Malcolm X, and players ranged from Dizzy Gillespie to Billie Holiday to  Miles Davis.

The property owner Ricky Edmonds claims that the neon sign, the Art Deco furnishings and the burgundy paneling removed to Reed’s planned new club, actually belonged to the original club, according to a New York Times article on Thursday, Jan 10, 2013. &#8220We clearly have a lease that states he was supposed to leave all that stuff in there,&#8221 said Mr. Edmonds in the NYT article. The removal and the fate of the decoration of the two locations is now tangled in a legal proceeding.

&#8220We had no idea the Lenox Lounge was not landmarked, says Syderia Chresfield-Asberry, president of the Mount Morris Park Community Improvement Association. Since her group works on local preservation, this shows both that the public cares and that landmarking protections are not as well-known and visible they need to be, if they are meant to save things people care about. This is often true in many places across the city and state, where beloved local places lack protection, even as the public assumes they have some sort of special status. Chresfield-Asberry commented, &#8220It makes me want to cry when I walk by.&#8221 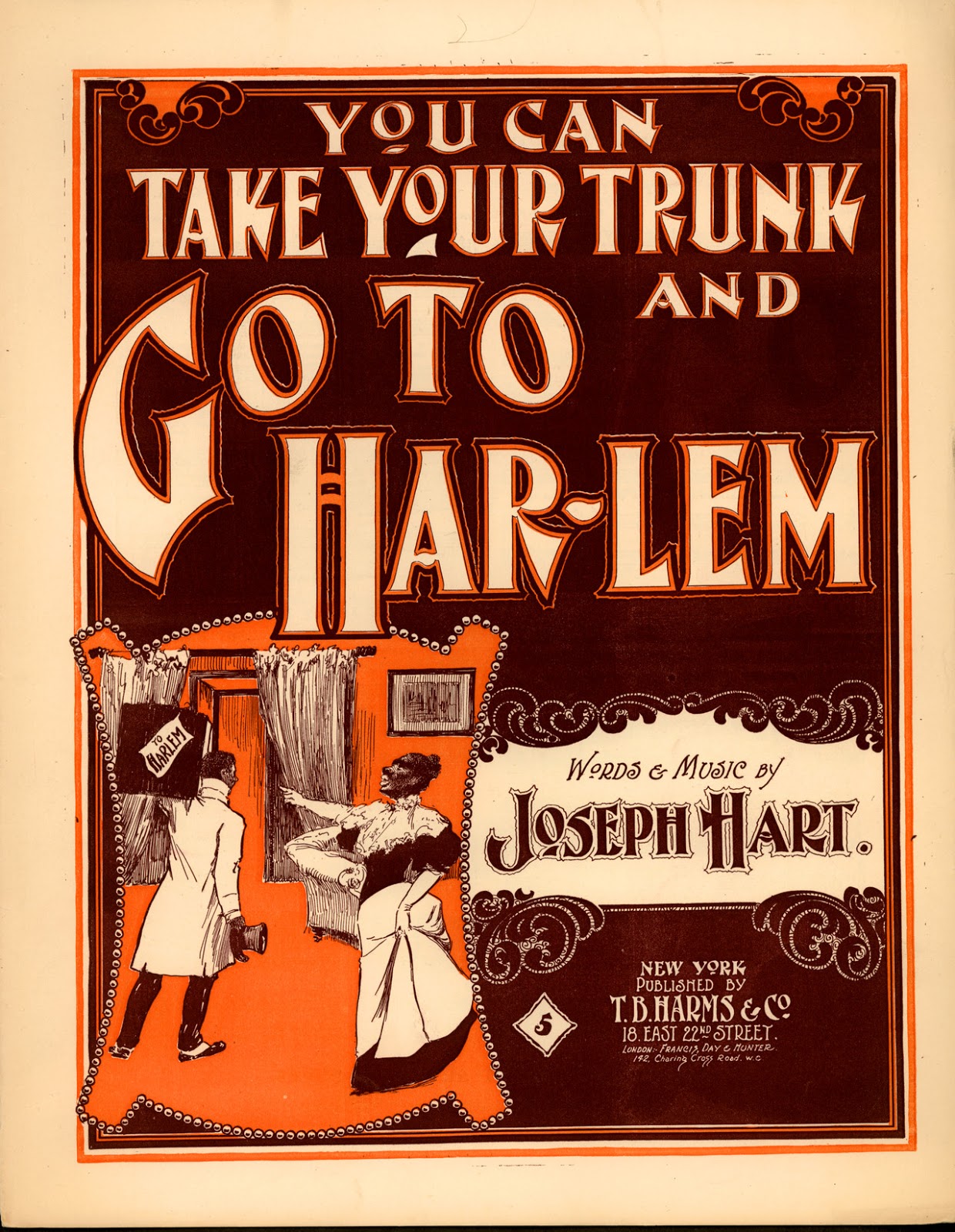 The area near the club has a historic district that includes handsome row houses and brownstone from the 1880s to the turn of the century by well-known architects like William Tuthill (architect of Carnegie Hall) and Francis Kimball. The wealth and diversity of church styles, some converted from synagogues dating from the Jewish era in Harlem, also give the surrounding blocks a distinctive atmosphere. In recent years, restoration work has made the neighborhood more attractive, and stores and small businesses have been sprouting along the Avenues.

Only a few blocks down from the old Lenox Lounge, the restaurant Settepani at the corner of West 120th St. offers excellent food and a good bar. It often holds events and currently has an unusual art show up on its walls of sheet music from the ragtime era. &#8220Harlem’s Black and Jewish Music Culture, 1890 to 1930&#8243- by John Reddick features the artists, composers and lyricists who lived and worked in the neighborhood, right before the more famous onset of the Harlem Renaissance. Eubie Blake, Bert Williams and W.C. Handy were producing great work, while Sophie Tucker, Richard Rodgers, Irving Berlin and many others lived around the area. The restaurant show is up until February 28th and weekend walking tours, starting from Settepani Restaurant show you where many of these musical greats lived very close by.

One thought on “Harlem Blues: Last Party At The Lenox Lounge”