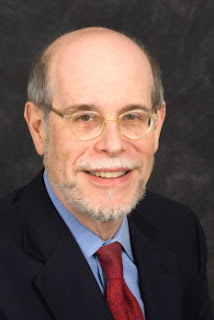 Holzer will speak at 8 p.m. in the Clark Auditorium about “Lincoln and Liberty: Re-assessing the Preliminary Proclamation in the Age of Spielberg.” Author of the new book “Emancipating Lincoln,” Holzer will explore the ever-changing reputation of Lincoln’s Emancipation Proclamation from controversial and revolutionary order, to talismanic trophy, to maligned and misunderstood fraud — and back again to icon. The talk will come at the moment of the release of Steven Spielberg’s movie, “Lincoln,” which explores Lincoln’s concurrent roles as politician, peacemaker, and liberator.

A related exhibition, An Irrepressible Conflict: The Empire State in the Civil War, is open at the State Museum through September 22, 2013 in Exhibition Hall. This 7,000-square foot exhibition commemorates the 150th anniversary of the Civil War and chronicles the pivotal role New York State played in the war. Support for this exhibition is provided by RBC Wealth Management.

“To hear Harold Holzer speak is to be in the presence of Abraham Lincoln,” said State Museum Director Mark Schaming. “His programs about Lincoln are incredibly enlightening as he brings the history of Lincoln to life. We are thrilled to have Harold Holzer at the State Museum at a time when we are reflecting on Lincoln, the Emancipation Proclamation and how he is understood today.”

Holzer is the past co-chairman of the U. S. Abraham Lincoln Bicentennial Commission, chairman of the succeeding Abraham Lincoln Bicentennial Foundation, and the author, co-author, or editor of 42 books on Lincoln and the Civil War era. During the past 35 years, Holzer has also written more than 500 articles for both scholarly and popular publications, and has contributed chapters to 30 additional books. He appears frequently on C-SPAN, PBS, the History Channel, and other television networks. A former journalist and political and government press secretary, Holzer has served as a senior executive of the Metropolitan Museum of Art since 1992, currently as senior vice president for government relations and public affairs.

Established in 1836, the State Museum is a program of the State Education Department’s Office of Cultural Education. Located on Madison Avenue adjacent to the Empire State Plaza in Albany, the Museum is open Tuesday through Sunday from 9:30 am to 5 pm except on Thanksgiving, Christmas and New Year’s Day. Admission is free. Further information can be obtained by calling (518) 474-5877 or visiting the Museum website at www.nysm.nysed.gov.