Hurricane Sandy’s damage to historic areas was concentrated along the waterfronts, islands and harbor in the New York area. Information is quite sparse at present, since power is still lacking in many places, and officials have not made damage assessment tours.

Areas with trees experienced destruction from the falling branches and trunks. New York City parks were closed for most of the week, as crews with chain saws reduced some very venerable oaks, beeches and maples to logs.  Greenwood Cemetery in Brooklyn reports that 150 trees came down, frequently crushing tombs and obelisks. The image of the Mount Morris Fire tower in Harlem’s Marcus Garvey Park shows the bare timbers underneath the missing roof. 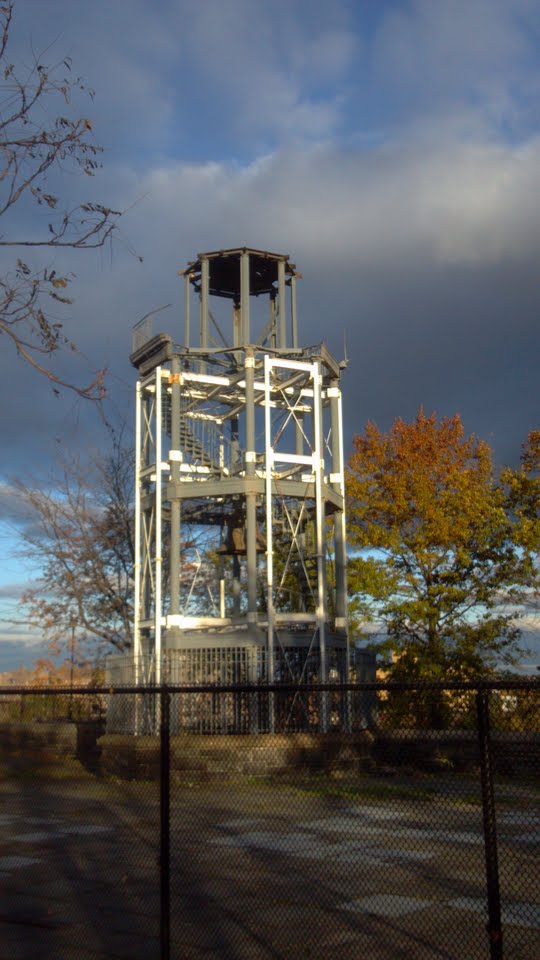 Both Liberty Island and Ellis Island were swept with waters from the storm surge which drowned electrical equipment. A helicopter shot of Ellis Island showed a boat snug up against one of the buildings, but no obvious buildings dislodged or wrecked. The historic buildings appear to have their slate roofs still in place. Reports have yet to come from park officials. The dock and     building for the ferry to Liberty Island was flooded and much material was torn loose, as seen in photos from AP. The timing of Sandy is especially regrettable in light of a just completed $30 million renovation to improve access to the Lady Liberty’s Crown and rebuilding of granite steps along the base.

Boardwalks were tossed about at Jones Beach in Long Island, and Gateway National Recreation Area in Staten Island was heavily damaged by the waters, with boardwalk, roads and nearby houses affected.

On Governor’s Island a dock was ripped loose, and some buildings had several feet of water in them, according to Park Service reports.

On the Fire Island National Seashore, dunes were leveled from the overwash and serious harm to bird habitats is anticipated. Raging waters carved four breaches in the island which may change patterns tide patterns, beach erosion and thus protected bird sanctuaries. As in most of the park sites around the metropolitan area, priority has been given to human needs, and inspections are only being made to assess damage over this weekend.