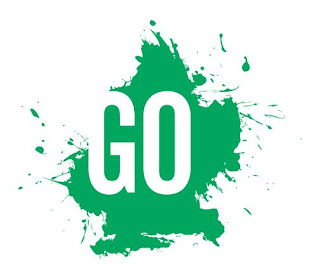 Each voter may nominate as many as three artists for inclusion in the GO exhibition, which will be on view at the Brooklyn Museum from December 1, 2012, through February 24, 2013.

The ten artists with the most voter nominations will receive studio visits from Brooklyn Museum curators Sharon Matt Atkins, Managing Curator of Exhibitions, and Eugenie Tsai, John and Barbara Vogelstein Curator of Contemporary Art, who will make the final selection of works to be included in the exhibition.

Members of the public will nominate the artists whose work will be considered for GO: a community-curated open studio project, an upcoming exhibition at the Brooklyn Museum, by registering online to vote and by visiting artist studios during the GO open studio weekend on September 8-9, 2012. 1861 Brooklyn-based artists will open their studio doors in 46 of Brooklyn’s 67 neighborhoods, covering Brooklyn’s 73 square miles.

Today marks the launch of a new phase of the GO website, which showcases participating artists and allows voters to register. By visiting www.gobooklynart.org, voters can create and share itineraries of artist studios they plan to visit on September 8 and 9. Itineraries can be accessed on the GO iPhone application, so voters may take their plans with them as they travel around Brooklyn during the open studio weekend.

On September 8 and 9, artists will open their studio doors to the public from 11 a.m. until 7 p.m. Voters must check in using either the GO iPhone app or SMS text messaging using a unique number assigned to each artist and posted on a sign in their studio. Voters can also write down artist numbers and enter them later at the GO website. To be eligible to vote, registrants must check in at a minimum of five studios. After the close of the open studio weekend, eligible voters will receive an email from the GOteam with nomination instructions.

The public nomination period will begin on September 12 and end on September 18. During that time, voters will have the option to comment on the artist studios they visited. The comments will be publicly available on the GO website and may be selected for inclusion in the exhibition GO: a community-curated open studio project.

The GO project launched in May with the goal of transforming how communities in Brooklyn, and beyond, engage with the arts by providing the public with the opportunity to discover artistic talent and get involved in the exhibition process at a grassroots level.

The project is co-organized by Atkins and Shelley Bernstein, Chief of Technology. GO: a communitycurated open studio project is inspired by two established programs: ArtPrize, an annual, publicly juried art competition in Grand Rapids, Michigan, and the long tradition of open studio weekends held each year in the Brooklyn neighborhoods of Williamsburg, Greenpoint, DUMBO, Gowanus, Red Hook, and Bushwick.