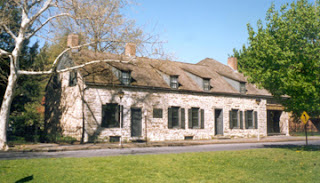 Senate House is one if New York’s outstanding historic sites. The former home of Abraham Van Gaasbeek was the first meeting place of the New York State Senate in 1777. It was burned by the British, along with the rest of Kingston, in October 1777. In addition to the Senate House, the site consists of a Colonial Revival art museum with the world’s largest collection of art by Kingston native John Vanderlyn, and other objects donated to the site over many years.

Senate House State Historic Site is celebrating Independence Day on Saturday June 30 from 11am-3pm. The day begins with a Patriotic Service at 11am which will include patriotic readings and music, followed by an afternoon of music provided by the Headless Horsemen Fife and Drum Corps, 18th century magic performed by “Mr. Bayly” and 18th century games for kids to play.

Additionally, the Third Ulster Militia will be encamped on the grounds demonstrating 18th century camp life, including hearthside cooking, washing laundry and demonstrating the practice of medicine in the colonial era.

Guided tours of Senate House will be provided by costumed interpreters. Outdoor events are free of charge. Tours of Senate House are $4.00 for adults, $3.00 for seniors, children 12 and under are free. The site is located on Fair St. in historic uptown Kingston. For more information please call the site at (845) 338-2786.