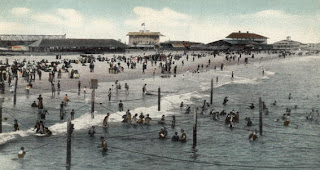 It was learned that their missing father was one of a great many city dwellers who frequented the Adirondacks for hunting and fishing expeditions. Since the Adirondacks were little more than an hour south of Montreal, investigators kept digging.It was then ascertained that John C. Austin was no stranger to the North Country. To be more specific, a number of those stalwarts of the north woods, the Adirondack guides, claimed to have not only seen Austin since his supposed drowning, but had guided him in several areas, including the Saranac Lake region.New developments caused further consternation. Of the two insurance policies which together were equal to well over $600,000 (in 2012), one had been secured by Austin on July 1, just three days before he vanished. And, after procuring the new policy, he had asked a secretary in the insurance office if it took effect at that very moment. It did seem an unusual query. With confirmation, he requested that the policy be sent to him ASAP. It was mailed that afternoon.A few witnesses eventually came forth, claiming they had seen a man disappear while swimming well offshore on July 4. Skeptical detectives suggested another scenario. Since Austin was widely known as a powerful swimmer, they believed he swam a few miles out, where he was picked up by a boat and secreted for a time at the home of his good friend, Henry LaMarche, south of Sandy Hook, New Jersey, not much more than ten miles from Manhattan Beach.LaMarche denied it, but his gardener and other employees stated emphatically that they had seen Austin with LaMarche in the days following the supposed drowning.Following up on Jack Austin’s great love of the north woods, detectives found many Adirondack guides who had known him over the years and claimed to have recently seen him and/or worked for him. One of them provided a photograph, said to have been taken recently. It showed Austin in full hunting gear. Confident now that this was a scam, the insurance companies denied the family’s claims, which were made on behalf of the children. Both sides had taken a firm stand, and the matter of whether or not John C. Austin was alive or dead would be decided by the courts.Thus, in December, 1893, about twenty Adirondack woodsmen found themselves en route to New York City for an extended stay, courtesy of the insurance companies. They were to testify about their interactions with Austin and the range of his movements.
Next week: The conclusion?Adirondack guides from the big woods make a big impression in the big city.Photos: Top?Manhattan Beach, circa 1900. Bottom?Headline from the Austin case.
The story of John Austin is one of 51 original North Country history pieces appearing in Adirondack & North Country Gold: 50+ New & True Stories You’re Sure to Love (352 pp.), a recent release by author Lawrence Gooley, owner of Bloated Toe Publishing.