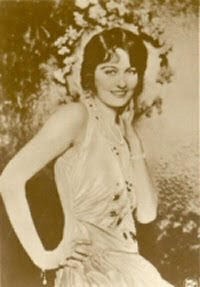 Ausable Forks was once the favored respite of one of America’s most famed and beloved actresses of her time. During the prime of her career in the 1920s, to escape constant media scrutiny, this lady returned often to the Adirondacks, a quiet, peaceful place filled with the memories of childhood.

Doris Kenyon was born on September 5, 1897, the daughter of James and Margaret Kenyon. James, once a protege of Henry Wadsworth Longfellow, was a person of some renown in his own right, achieving widespread fame and praise for his skills as a poet. Many of his works were featured in Harpers, the Atlantic, and other reputable magazines.
After writing two books, James remained in the literary world and became a publisher. His position would someday help open doors for his talented daughter.

The family lived for a time in Chaumont, New York, northwest of Watertown, and then moved to Syracuse, where Doris was born. Her brother, Raymond, nineteen years older than Doris, was a dentist and oral surgeon in both Philadelphia and Syracuse. Health issues and a deep love of hunting and fishing prompted his move to the Adirondacks in pursuit of a less strenuous life.

Ray Kenyon chose Ausable Forks as his new home, immersing himself in local life, business, and politics. He served in several key positions, including many years as chairman of the Essex County Republican Party, and several more as state assemblyman. Due to his great skill as a dentist and his affable nature, Raymond became a fixture in the community.

Young Doris was a frequent visitor and guest at her brother’s home—so frequent, in fact, that she has sometimes been claimed as an Ausable Forks native. She spent many summers at Fern Lake and was well known in the village, particularly for her singing ability.

When Doris was in her teens, her father became head of the publishing department of the National Encyclopedia of Biography. It was a position of prominence and power, earning James close ties with luminaries from many venues, including show business.

By this time, Doris had sung with different choirs and had developed a reputation for the quality of her voice. At a meeting of the Authors Club, which she attended with her father, Doris was invited to sing, delivering a very impressive performance.

Among the attendees was the renowned Victor Herbert, who had been a superb cellist in Europe, having played in the orchestra of Johann Strauss. In America, he worked at the Metropolitan Opera and became a famed composer and conductor. Like many other stars, Victor maintained a home in Lake Placid.

Her performance before the Authors Club wowed Herbert, and though Doris was only sixteen years old, he decided to cast her in the stage musical Princess Pat. The show opened on Broadway in the Cort Theatre, and Doris’ stage debut as the character Coralee Bliss was a big success. The movie industry soon showed an interest in her (apparently for her acting skills and not for her lovely voice. The silent film era wouldn’t give way to talkies for another 14 years.)

Doris couldn’t resist the opportunity. She left a promising stage career to appear as Effie MacKenzie in The Rack (Milton Sills was the leading star), which was released in December 1915. That performance earned her the lead role in Pawn of Fate, released in February 1916. Within a month, Worldwide Film Corporation signed Doris to an exclusive three-year contract at $50,000 a year ($1 million per year in today’s dollars) … and she was still a teenager!

Despite her youth, Doris displayed maturity with her newfound wealth, donating to projects like the Children’s Home in Plattsburgh. She supported the troops during World War I, subscribing to $50,000 worth of Liberty Bonds, the highest amount of any actress in show business.

Under her new contract, Doris played the leading role in many movies. In 1917, after making A Hidden Hand for Plathe Films, she formed her own company, De Luxe Pictures. The crew stayed at the Lake Placid Club while filming its first project, The Story of Seven Stars.

As life became more hectic, Doris returned frequently to her childhood roots in Ausable Forks, spending time with Raymond. She and her brother shared an affinity for fox hunting, a very popular pastime in those days. Raymond’s camp on Silver Lake was one of Doris’ favorite places, and there she hosted luminaries from show business and other industries.

Next week, the conclusion: Doris reaches the stratosphere of fame, but tragedy strikes as well.