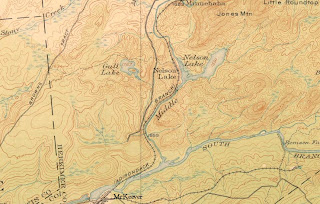 On May 9, 1903, a seemingly minor error led to a terrible catastrophe near Old Forge in the southwestern Adirondacks. About seven miles south on Route 28 was Nelson Lake siding (a side rail, or pullover) on the Mohawk & Malone Railroad (an Adirondack branch of the New York Central). A little farther down the line from Nelson Lake was the village of McKeever.

That fateful day started like any other. From Malone, New York, about 90 miles northeast of Nelson Lake, train No. 650 (six cars) was heading south on its route that eventually led to Utica. At around 8:00 that morning and some 340 miles south of Malone, train No. 651 of the Adirondack & Montreal Express departed New York City. At 1:05 pm, it passed Utica, beginning the scenic run north towards the mountains.

The original plan called for the northbound 651 to pass through McKeever and pull off on the siding at Nelson Lake, allowing the southbound 650 to continue on its way. It was a routine maneuver. On this particular trip, the 651 northbound (normally a single train) was divided into two parts. The intent was to pull both parts aside simultaneously at Nelson Lake siding.

However, the 2nd unit heading north was traveling much slower than the nine cars of the 1st unit, prompting a change in plans. Because of the distance between the two units, it was ordered that the train from Malone (the 650) would meet the 1st section of 651 at Nelson Lake. Three miles down the line, it would meet the 2nd section at McKeever.

The actual written order said “2nd 651 at McKeever.” An official investigation later determined that the order was read to the engineman and then handed to him. But when later reviewing the note, his thumb had covered the “2nd” on the order. All he saw was “651 at McKeever.” As far as he knew, he would pass both parts of the 651 at the McKeever side rail.

When the southbound 650 train approached Nelson Lake, the engineer believed there was no reason to reduce speed. He passed the Nelson siding at between 50 and 60 miles per hour. Just 1,000 feet past the side rail, the 650 suddenly encountered Unit 1 of the northbound 651. It was traveling at about 10 to 15 miles per hour, slowing for the upcoming turn onto the side rail at Nelson Lake. It didn’t make it.

The 650’s whistle blew and the emergency brake was engaged, slowing the train slightly before the tremendous collision. A newspaper report described “a roaring crash, a rending of iron and wood, a cloud of dust and splinters, and the trains were a shattered mass. The locomotives reared and plunged into the ditch on either side of the track.”

The impact had the least effect on the last occupied car of each train, but even those passengers were thrown from their seats, suffering minor injuries. The two trains had a total of 16 cars, half of which were splintered and piled atop each other. 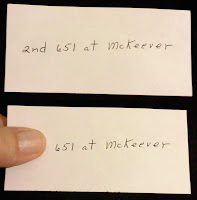 While all the cars were badly damaged, it was the front of both trains that suffered most. Several of the lead cars were completely destroyed. Others telescoped within each other, causing horrific injuries. Screams of pain drew help from those who were less impaired.

The two trains carried more than 200 passengers. Nearly everyone suffered some type of injury from flying bits of glass and metal. Some victims were pinned within the wreckage, and a few were thrown through windows. Thirty-seven (mostly from the 650) required hospitalization.

Three passengers suffered critical injuries, including at least one amputation. There were dozens of broken bones and dangerous cuts. When some of the damaged cars ignited, passengers and railroad employees joined forces to extinguish the flames. Others performed rescue missions, removing victims and lining them up side-by-side near the tracks for treatment.

Three men were killed in the accident. Frank Foulkes, conductor of the northbound train (651), was later found in a standing position, crushed to death by the baggage that surged forward from the suddenness of the impact. John Glen, Union News Company agent on the southbound train (650), was killed when he was caught between two cars. William Yordon, fireman on the 650, died in his engine, scalded to death by the steam, much like the hero of the song “Wreck of the Old 97.” Another report said that Yordon’s head was crushed.

A surgeon and a few doctors arrived from Old Forge, tending to the wounded. Trains were dispatched from Malone and Utica to haul the injured passengers both north and south. Another train set forth from Utica, carrying several more doctors to the scene.

The northbound 651 wasn’t only carrying human passengers that day. A theatrical company, performing A Texas Steer at various theaters and opera houses, was on board, including a variety of animals. Identified as the Bandit King Company, the troupe had a special horse car for animals belonging to the show.

When the collision forced the door open, a horse leaped out and ran off. Others weren’t so lucky. A passenger reported that the trained donkey, the pigs, and most of the other animals were killed. Amidst the chaos and their own losses, the men and women performers provided first aid for the injured until doctors arrived. They were later praised effusively for their efforts.

It took a 40-man crew four days to clear the wreckage from the massive pileup. The official report to the New York State Senate by the superintendent of the Grade Crossing Bureau in 1904 cited the placement of the engineman’s finger on the note as the probable cause of the accident.