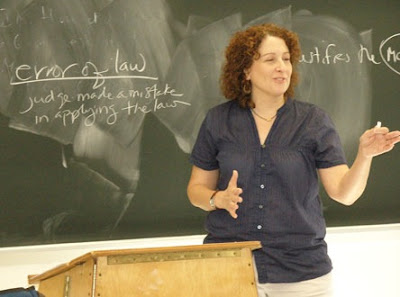 The New York State Council for the Social Studies annual conference was held March 22-24 in Saratoga Springs. Several of the sessions were related to the new common core curriculum in social studies.

The primary presenter was Larry Paska of the New York State Education whom Bruce Dearstyne identified in a post last week as the point person in the state for the project. Also speaking was Regent James Dawson.

In addition to the formal presentations both answered questions, Paska in a scheduled second session and Regent Dawson in an impromptu setting for close to an hour after his talk. There was a lot to discuss and one post is insufficient to cover all the material presented and concerns raised.

So let’s start at the very beginning, a very good place to start, and take it one step at a time. Paska’s first point was that the United States was reacting to its declining education position in the world. The deteriorating position was confirmed by interviews and surveys with businesses who consistently reported that high school graduates, roughly in the 42-45% range, were not ready for the job world and with colleges who reported equally dismal results on the skills of first-year students. One could add that the military is forced to reject too many people as being unfit physically and/or mentally.

These disappointing results should be no surprise since even though NYS has a 73% high school graduation rate, it only has a 37% achievement rate, meaning many people graduate without being proficient in reading, writing, and math to say nothing of critical thinking skills. This part of Paska’s presentation was never really challenged or questioned at any time: The State and the United States aren’t getting the job done.

Therefore, the Federal Government embarked on a national effort to fix the problem. The project would seek to involve all the states in a joint effort to develop common core standards which could be used to measure and improve the achievements of students. The standards were to be internationally benchmarked (meaning watered down tests to demonstrate learning wouldn’t work). Instead of lowering the standards, resources and support would be increased. The effort is to be data-driven based on what works to provide students with the tools needed and to be able to measure the effectiveness of teachers in support of this learning experience.

The goal of this effort is to produce high school graduates who are college and/or career ready. By college ready, Paska was referring not simply to elitist colleges to obtain membership in the club or to big-time sports colleges with degrees in partying but to community colleges as well where students learned practical real-world hands-on skills. Here is where the uproar began. One immediate issue is what was left out from the goals of the program: producing people capable of being adult human beings in a democratic society also known as citizenship or the ancient term,&#8221civics.&#8221 I’ll address this huge concern in my next post. A second issue was the skills themselves, the reading, writing, and critical thinking.

Once upon a time, not so long ago, a high school degree was sufficient to gain a lifetime job with good benefits in manufacturing and construction-related occupations- you know, guy stuff. Those days are over. Here in the Hudson Valley, a book has been written solely on the subject of the ruins which now litter the landscape: Hudson Valley Ruins by Tom Rinaldi and Rob Yasinsac. (Incidentally, Yasinsac, who now works at an historic site got this interest from his high school social studies teacher.) If no such book has been written about the Mohawk Valley/Erie Canal corridor, one easily could be. Just as Pittsburgh struggles to be a post-steel city, so Rochester does to be a post-Kodak/Xerox town.

Times change. There was a time when people built huge pyramids and a thousand years later (which actually is a long time if you think about it) the spectacular ruins at Thebes and the Valley of the Kings. Then it stopped and the workers village at Deir el-Medina and the homes near the base of the pyramids became the sites archaeologists have been excavating. Even in ancient times, ancient Egypt was a tourist destination point. As it turns out, cultural heritage tourism is one of the potential growth areas for jobs in New York. We do such a horrendous job of marketing our state compared to other states, it is cause for embarrassment. Time and time again New York History has been American history with the current unfunded War of 1812 Bicentennial and Civil War Sesquicentennial being the two most obvious examples. (I feel the spirit of Ken Jackson who was appointed to the new commission on creating historic signs hovering over me.) Cultural Heritage Tourism not only means jobs but better citizenship as well.

These changes indicate the challenge in correctly determining the specific technical skills the future adults need to learn. Turning to technology, we need to realize that accurately predicting the future isn’t so easy. Think of Fahrenheit 451 when firemen burned books and people hid in the woods to save them by memorizing them. In 1953, science fiction writer Ray Bradbury didn’t envision digitizing books or people having hand-held gadgets through which one could access the writings of millennia&#8230-including that very book! Remember the small-screen non-interactive wall TV Julie Christie spoke to in the 1966 movie when she &#8220got a part&#8221? Not even close to the real world today. How about You’ve Got Mail from 1998 when email, yes, email, was cutting edge! No social media there. Where would the Arab Spring be without it? Yes, technology is part of history.

This makes history more important than ever. Far from being a marginal or secondary subject, history provides the case studies of life-and-death decisions people have made in the past. Not only can we observe what decision was made but what the consequences were. That allows us to wonder &#8220what if&#8221 a different decision had been made, what would have happened. These actions exercise the mind and prepare us to deal with the decisions we will make in life.

In 1960, Matthew Harrison Brady asserted that if God wants a sponge to think, it thinks. Spencer Tracy then asked if man and Bertram T. Cates had the same right to think as a sponge. History at its best is thinking and that is a quality this country will need in abundance if we are to succeed in the 21st century. The core curriculum and preparing people to be adult citizens in a democracy needs to address this reality.