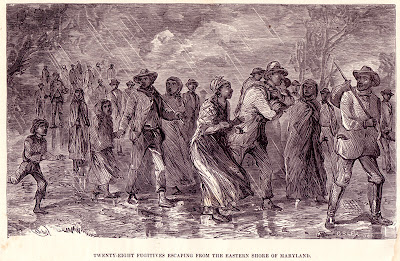 In the 19th century, New York State was home to some of the most powerful abolitionists. Because of its proximity to Canada, New York became an important destination and temporary home for many African Americans fleeing slavery in the South. Today you can visit the former homes of prominent abolitionists such as Gerrit Smith and Harriet Tubman and follow the trail of the Underground Railroad, the network of secret routes and safe houses used by slaves to escape to the free states and Canada.

February is Black History Month and I LOVE NEW YORK is highlighting a remarkable period in history, the people who risked their lives to furtively abolish slavery, the sites you can visit to learn about them and the remarkable achievements that shaped our African-American heritage.

Here are just some of New York State’s many Underground Railroad sites:

Howland Stone Store Museum – Finger Lakes
The Howland family was very involved in abolition, women’s rights and world peace movements. This 1837 Cobblestone Store in the town of Aurora was an important station on the Underground Railroad. The museum preserves local, state and national history, where you’ll discover the stories of local sites involved in the Underground Railroad. The store is a vital part of the community and an eloquent reminder of the history of causes supported by the Howland family.

Murphy Orchards – Greater Niagara
Stepping away from the classic colonial museum of the 1800s, Murphy Orchards, in the hamlet of Burt, offers an authentic example of the variety of stations that comprised the Underground Railroad. Charles and Libby McClew built the farmhouse, outbuildings, and barn that are all still used today and are believed to have been a part of the Underground Railroad from 1850 to 1861. The concealed chambers beneath the barn lend credibility and proof that this landmark served as an escape route for freedom-seeking slaves.

Fenton History Center &#8211 Chautauqua-Allegheny
Jamestown, New York is rich in Underground Railroad history and abolitionist activity. The Fenton History Center, located at the former mansion of Governor Rueben E. Fenton, is a community resource center for people of all ages to learn about the history of slavery and our nation. Governor Fenton was a close political associate of President Lincoln and an avid supporter of the abolition of slavery.

Old Fort House Museum &#8211 Capital-Saratoga
This landmark museum in Fort Edward was originally used as a fort during the French and Indian War. In 1829, a free and well-educated black man, Solomon Northup, along with his bride Ann Hampton, moved into the estate before Solomon was kidnapped and sold to slavery. Following his freedom and return home, he wrote a book entitled “Twelve Years A Slave”, considered to be as insightful on slavery and the north as the renowned “Uncle Tom’s Cabin”.

Philipsburg Manor &#8211 Hudson Valley
In Sleepy Hollow visit one of the largest and best documented slave sites in the North, Philipsburg Manor. A thriving farming, milling and trading center that relied on a community of enslaved African Americans to operate the complex, the Philipsburg Manor community contributed a great deal to the Hudson Valley’s historical development. Take part in 18th century hands-on activities, discover the riveting story of enslavement in the Colonial North, and explore the food systems, textile production techniques and medicinal practices of Philipsburg Manor’s inhabitants.

John Brown Farm – Adirondacks
The assault of the U.S. Arsenal at Harper’s Ferry in 1859 was the brainchild of abolitionist John Brown, who planned to use captured arms in an extensive campaign to liberate slaves. Following his capture and hanging for his leadership in planning this attack, Brown was laid to rest at his farm in North Elba, near Lake Placid. Today, visitors to the site can participate in guided tours, re-enactments and other activities.

The Gerrit Smith Estate – Central New York
Gerrit Smith is considered by contemporary scholars to be one of the most powerful abolitionists in the United States. He supported the work of abolitionists such as Frederick Douglass and John Brown. Located in Peterboro, just minutes away from the National Abolition Hall of Fame and Museum, this valuable historic site provides tours, programs and a film presentation as well as special events and exhibits regarding the Underground Railroad.

These are just some of the many landmarks throughout New York State that played a vital role in the slaves’ flight to freedom. This Black History Month pay tribute to the deeds and memory of the fascinating individuals who helped make freedom a reality for so many.

The Arena Travel Underground Railroad and Slavery in New York Tour tells the complete story of the African Americans’ struggle for freedom. From the gateway to freedom across the Niagara River into Canada, to early slavery in New York State, the figures and stories are all here to explore. Performances by Akwabaa, a performing arts and tour group in Rochester, tell the vivid story of the life of Frederick Douglass sheltering slaves in his home while he spoke out against the institution of slavery. Other stops on this Buffalo to New York City adventure include the homes of Harriet Tubman and Gerrit Smith, and Philipsburg Manor. Learn more about this exciting travel opportunity at www.arenat
ravel.com.