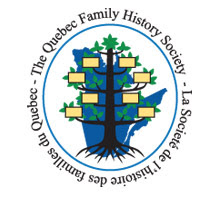 The Quebec Family History Society (QFHS) has announced the launch of its new website at www.qfhs.ca. The website features several new sections, such as Gary’s Genealogical Picks, research tips, surname interests, and a bulletin board.

QFHS members researching their ancestors in Quebec will benefit from the new Jacques Gagne Church Compilations in the members’ section. Long-time member Jacques Gagne has compiled historical information and the location of records for more than 1,000 English and French Protestant churches across the province, from 1759 to 1899.

The Quebec Family History Society is the largest English-language genealogical society in Quebec, Canada. Founded in 1977, it is a registered Canadian charity that helps people of all backgrounds research their family history. Its members, in addition to researching their Quebec roots, research historical records in all Canadian provinces and territories, the United States, the British Isles, and Western Europe. At the QFHS Heritage Centre and Library, members have free access to a collection of 6,000 books, manuscripts, and family histories, plus thousands of microfilms, microfiche, historical maps, and periodicals, and access to billions of online genealogical records.