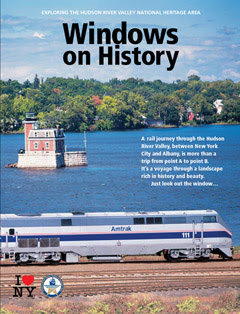 The National Park Service will hold a volunteer recruiting session on Saturday February 4 at 1pm in the Erie Canalway/Peebles Island Visitor Center at 1 Delaware, Avenue, Cohoes or on Sunday February 26 at 1pm at Roosevelt-Vanderbilt National Historic Sites at 4097 Albany Post Road in Hyde Park.

Volunteers are provided uniforms and training on the history of the area, then are scheduled aboard the Adirondack or Maple Leaf trains to present various educational programs about the significant examples of the natural, cultural, and historical resources of each route.