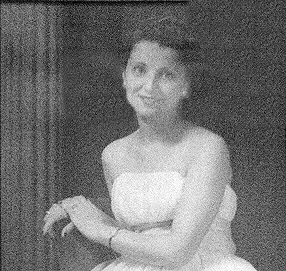 It has been a year now since the death of a friend and her burial on the last day of 2010. The friend, Mary (Pippo) Barber of Whitehall, was nearly four decades my senior, but acted so young that she made me feel old. I first met her around ten years ago when she came 100+ miles north to Plattsburgh with a friend and stood with us in line for three hours at a job fair. She was there as moral support, talking and joking all day long. I had no idea she was 84 at the time. As I would learn, she never looked anywhere near her age.

My partner, Jill, is from Whitehall (at the southern tip of Lake Champlain, where the barge canal begins). It is through her that I met “Aunt Mary,” a very important person in Jill’s life. On every visit to Whitehall during the past decade, Aunt Mary was on our schedule of stops. She was always nice, friendly, inquisitive, and fun to chat with … just a classy lady.

Her memory was as sharp as anyone’s, and our interest in history often prompted us to steer the conversation in that direction. As many of you know (but many of us neglect), elderly citizens provide an invaluable connection to the past. When we republished Whitehall’s pictorial history book several years ago, it was Aunt Mary who readily answered dozens of questions, helping us correctly label many buildings when we prepared the captions.

At one point in our conversations over the years, she mentioned that a movie had once been filmed in Whitehall. That was news to me and Jill, and we had to wonder if maybe she had made a mistake. It would have been easy to believe that she was a little mixed up—after all, she was about 90 then, and nobody else had ever mentioned a movie. Still, we just couldn’t believe she was wrong.

Jill’s faith in Aunt Mary drove her to keep digging, and much to her surprise, delight, and amazement, it was true! After much time and considerable research, she was able to uncover the entire story, a tale that may have been lost except for the teamwork of Jill and Aunt Mary. 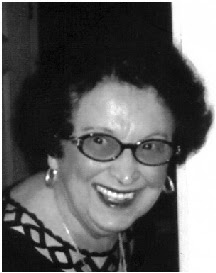 It strengthened the already solid bond between them, and it didn’t stop there. A poster re-creation of the original movie advertisement is now an exhibit in the Whitehall museum, donated by Jill in Aunt Mary’s name.

Aunt Mary’s passing was certainly a sad loss, but it offered a reminder of the wonderful people and great historical resources that are often neglected—our elderly, whether they are relatives, friends, or nursing home residents. If you have considered talking to any of them and asking all kinds of questions, do it. They’ll enjoy it, and so will you. Don’t put it off and eventually live with painful regret.

We still miss her, and I’m certainly glad we asked Aunt Mary all those questions over the years, learning about her life and Whitehall’s history. It was not only a smart thing to do. It was respectful, educational, and just plain fun.