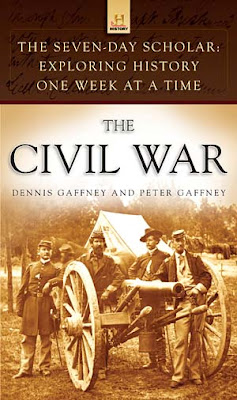 The Albany Institute of History & Art will host local freelance author Dennis Gaffney on Sunday, January 8 at 2 PM, as he shares a series of stories from the Civil War. The lecture is free with museum admission.

Gaffney’s book, The Civil War: Exploring History One Week at a Time, has been widely praised as a reader-friendly way to learn about the Civil War. Amateur historian and Civil War buffs will both learn something new at Gaffney’s talk, which will include details about the role of Albany and New York State in the war effort. Also covered will be topics involving the medical history of the Civil War, which complement the current exhibition Albany and the Civil War: Medicine on the Home and Battle Fronts.

Following the lecture Gaffney will be available to answer questions and to sign copies of his book, which will be available for sale at the Museum Shop. The book signing session is free and open to the public. The Albany and the Civil War exhibition will be on display in the Albany Institute Entry Gallery through February 26, 2012.