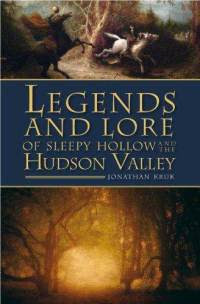 Washington Irving’s The Legend of Sleepy Hollow is one of the best-known works of American literature. But what other myths lie hidden behind the landscape of New York’s Hudson Valley? Imps cause mischief on the Hudson River- a white lady haunts Raven Rock, Major Andre’s ghost seeks redemption and real headless Hessians search for their severed skulls.

Local storyteller Jonathan Kruk relates the other myths that lie hidden behind the landscape of the Lower Hudson Valley in Legends and Lore of Sleepy Hollow and the Hudson Valley (History Press, 2011).