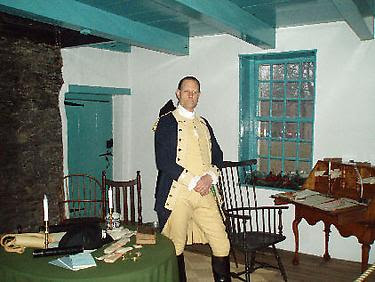 Participants will be able to chat with historic interpreters, enjoy seasonal music performed by the Salmagundi Consort, and snack on hot cider and cookies by an outdoor fire for an afternoon that recreates the mood of warmth and hospitality the Washingtons extended to their war-weary guests.

Washington’s Headquarters State Historic Site is a registered national landmark. It is located at the corner of Liberty and Washington Streets, within the city of Newburgh’s East End Historical District. For more information call (845) 562-1195.