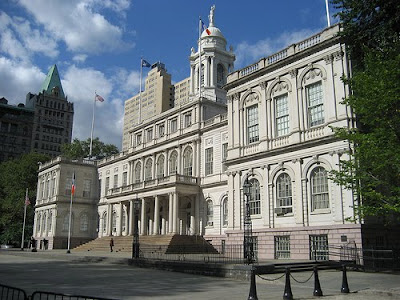 This is the second in a series of posts on the New York State History infrastructure. The previous one was on County Historians. These posts draw on my experiences in initiating a series of county history conferences in the Hudson Valley this year and on Teacherhostels / Historyhostels I have conducted such as the one to the Mohawk Valley this summer prior to Tropical Storm Irene.

The situation with municipal historians shares some of the same problems as with county historians. One of the challenges in contacting people to participate in and/or attend the county history conferences was in determining exactly who the municipal historians in the county were. The effort varied from county to county as the number of towns and villages in a county may be a quite manageable number from memory or done informally whereas in other counties that is not an option. As a result of this experience, I suggest the following:

1. The County Historian should be responsible for maintaining a record of the municipal historians in the county including contact information.

3. The County Historians should forward the updated county municipal historian list on a regular basis to the Association of Public Historians of New York State (APHNYS). If APHNYS has its own data collection mechanism in place whereby it is collecting this information, then I defer to it, however, its website continues with the months old notice that it is being updated and does not provide a listing of municipal historians.

A third is the three-day annual APHNYS conference which is a statewide conference that will be held in Long Island next year. Need-less-to-say, for municipal historians to arrange for the funding cover the travel and registration costs for such a conference will be a challenge- for those who have day jobs outside the history field, the challenge will be even more daunting.

On the other hand, it should be noted that a conference in the greater metropolitan area [although Suffolk is a bit of a haul even for Westchesterites] may draw may municipal historians from Long Island who wouldn’t travel upstate for a conference. There needs to be something in-between the proposed county conference and brown-bag lunches which are not limited to municipal historians and the statewide APHNYS conference which is. Therefore the following are recommended:

1. The 12 regional APHNYS districts should have a local one-day conference that minimizes the need for overnight lodging. Except for Long Island, which is a very populated area, the districts average about five counties. This means it should be possible to set up a rotation schedule for hosting a regional conference so no one county is continually burdened with chore of hosting such an event. I know this has been done before at times and in some regions. I am suggesting a more formal and rigorous schedule. As should be obvious, social media aside, I am a strong proponent of the benefits of people gathering together in person. Thanksgiving via Skype isn’t just the same being there with one’s family. We are a social species and there is a benefit to the informal moments as well as the formal ones in these gatherings.

2. The regions should consider partnering with related organizations that might be holding a conference in their area. For example if the New York State Council for the Social Studies is holding its annual meeting in Saratoga in 2012, then APHNYS Region 5 could have a regional meeting there at the same time and perhaps have some joint sessions with the teachers. I am well aware that to suggest such inter-organizational collaborations borders on the realm of insanity and here is precisely where top-down leadership in the New York State history infrastructure is essential.

As noted, part of the challenge in attending the APHNYS state conference is in getting time off. This leads to the issue of who the municipal historians are. While the position is mandated by the state, the application in practice varies tremendously.

– Is it a paid position or volunteer?

– If paid, is the position part-time or full-time?

– If paid, is it an historian-only position or is it one of the duties of a position such as a local librarian or records keeper?

– If volunteer or part-time, does the municipal historian have a day job in an unrelated field or is the person retired?

– Whatever the position is, is there a budget for travel, conference or organization dues, postage, printing, and access to use of municipal facilities?

Regardless of what the answers to these questions are if the data on these positions were accumulated, what do we think the position should be?

– Does the individual work with the local schools including visiting them?

– Does the individual work the local historical society if there is one?

– Does the individual work with the local records management officer?

– Does the individual work with the local planning and historic preservation boards?

– Does the individual maintain proprietary control over historical records to minimize transgressions onto his/her turf?

At this point may I recommend a rereading of the October 31 post by Gerald Smith president of APHNYS on the heroic work undertaken by many municipal historians in the wake of three disasters:

(i) Irene’s destruction of repositories of historical records

As Smith pointed out there are over 1600 municipal historians in the state. Excluding the 62 counties, that leaves a lot of people often in very small communities with very few resources attempting to preserve the legacy of their community, often working on their own and forced to reinvent the wheel. Without effective top-down leadership and support, these people can not do the job we the citizens of the state need them to make our history the best contributor to the economic health of the state it can and to strengthen the sense of place, of belonging, of community we all need to be part of something larger than ourselves. That’s why I harp on the county conferences. That’s why I harp on the brown-bag lunches. That’s why I am suggesting the regional conferences. That’s why we need a New York State &#8220History Spring.&#8221