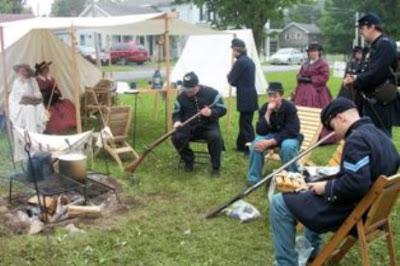 For two decades the Peterboro encampment has demonstrated many aspects of military and civilian life in the mid-1800s. In recent years exhibits and programs on abolition and the Underground Railroad have been added. The committee plans to develop more programs in 2012 to commemorate the 150th anniversary of the Civil War. For more information: www.civilwarweekend.sca-peterboro.org