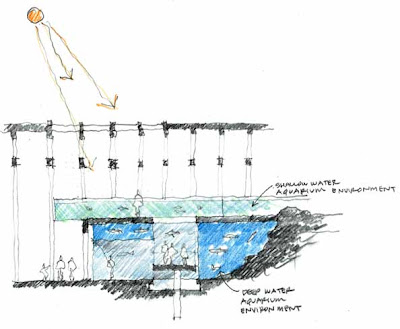 The president of The Finger Lakes Museum’s board of trustees announced that the project’s Founders Campaign is nearing the halfway mark in an endeavor to raise $1 million by December 31st. The drive is financing operations at the former Branchport Elementary School, including hiring staff, and paying consultants for architectural and exhibit design services.

Board President John Adamski said, “The Founders Campaign was launched by the board late last year and has resulted in hundreds of donations that range from $100 to $100,000. We’re almost halfway there but there is still a long way to go.” He is asking people from across the Finger Lakes Region to consider making a tax-deductible contribution to the project. Significant funding has been received from the Daisy Marquis Jones Foundation and the Rochester Area Community Foundation. “We are also looking for program sponsors,” he added.

Anyone, including regional businesses, can become a founder of The Finger Lakes Museum by making a contribution of $100 or more. Donors will receive a founders’ certificate, vehicle decal, and have their names permanently inscribed as members of the Founders Society on the Founders Wall in the entrance to the main museum building. Contributions can be made online or mailed to the museum at PO Box 96, Keuka Park, NY, 14478.

The Finger Lakes Museum is an initiative to build a premier educational institution in Keuka Lake State Park to showcase the cultural heritage and ecological evolution of the 9,000 square-mile Finger Lakes Region. It was chartered by the New York State Board of Regents in 2009 and is operating from development offices in the school, which it purchased from the Penn Yan Central School District last January.

Adamski said that the project is being planned to become a primary tourist destination that will feature one of the largest freshwater fish aquariums in the Northeast. Studies show that it has the potential to increase tourism in the Finger Lakes Region and create hundreds of jobs in the private sector, he said.

Adamski also announced the election of two new members to the organization’s board of trustees. Tim Sellers of Geneva, Associate Vice President for Academic Affairs at Keuka College, and retired lumber executive John Meisch of Rushville were both elected in a unanimous vote. Adamski said, &#8220Tim’s expertise as a limnologist and professor of biology and environmental science will be a tremendous asset in planning the natural history component of the museum. We are all very excited to have him aboard.&#8221

He also said, &#8220And John Meisch brings a lifetime of business management experience and a working knowledge of American History to the board, which balances the cultural history component. I think that we’ve hit two home runs here.&#8221 The addition of Sellers and Meisch brings the number of board members to 13.