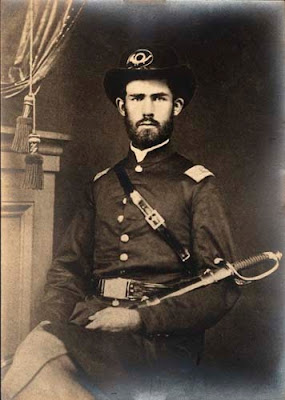 The Albany Institute of History & Art will be opening Albany and the Civil War: Medicine on the Home and Battle Fronts on Saturday, September 3, 2011, commemorating the 150th anniversary of the war. The exhibition will focus on the medical concerns and necessities of the Civil War by examining the role of the 1864 Albany Relief Bazaar and the letters, field notes, and photographs of Albany brothers Garrett Vander Veer and Dr. Albert Vander Veer, who served as dean of Albany Medical College from 1895 and 1904. Also featured will be silver loving cup presented to Dr. Vander Veer by his students in 1907.

On the 1861 home front, President Abraham Lincoln authorized the formation of the United States Sanitary Commission to raise private funds for the medical care of the Union Troops wounded in Civil War battles. In February 1864, a group of Albany women organized the Albany Relief Bazaar and raised $17,189. This three-week event included ethnic booths, art exhibitions, tableaux, souvenir shops, and lotteries, all well-documented with detailed photographs.

Meanwhile, on the battle front, Dr. Albert and Garrett Vander Veer kept detailed accounts of their experiences on Civil War battlefields. Albert, a doctor who served as a surgeon for the Sixty-Sixth at Gettysburg, kept detailed records of each of the soldiers he treated. He also used his battlefield experiences to advance the quality of medical practices when he returned to Albany. He would later go on to become an influential professor and internationally known surgeon at Albany Medical College and Hospital – an association that lasted for more than 60 years. Garret Vander Veer, who was killed in action, wrote numerous poignant letters home describing his battlefield experiences.

The exhibition, supported by Albany Medical Center, will be open through February 26, 2011 and will be displayed in the Albany Institute’s entry gallery.