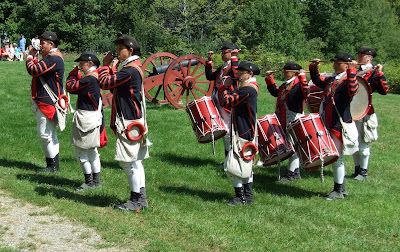 August 2­ Rich Bala &#8211 Find out how waterways and canals shaped New York’s history from colonial times to the end of the 19th century on a musical tour by acclaimed folk singer Rich Bala.

August 9­ Elizabeth Huntley &#8211 How much more elegant can things get? Sublime music of the 18th century performed on the harp, sublime views of the Saratoga Battlefield from the Visitor Center lawn. Enjoy classical pieces played upon the Queen of Instruments performed by harpist Elizabeth Huntley.

August 16­ Dave Ruch &#8211 Dave Ruch presents Traditional and Historical Songs of New York. Lively presentations of songs and ditties from all corners of the Empire State. These are the songs of real-life &#8220Yorkers&#8221 from the past &#8211 farmers, lumbermen, immigrants, children,Native Americans, canallers, lake sailors and more &#8211 collected through considerable research, and interpreted for all to enjoy with banjo, guitar, mandolin, bones, spoons and more. (This Speakers in the Humanities event is made possible by the National Endowment for the Humanities and the New York State Legislature.)

One thought on “Free August Music Series at Saratoga Battlefield”