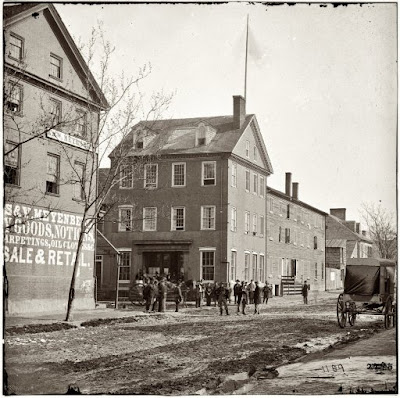 A new exhibit of Civil War battle flags, &#82201861: Banners for Glory,&#8221 has been unveiled at the State Capitol, featuring eight flags significant in the first year of the war – including the storied Marshall House Flag, which prompted one of the first skirmishes of the war.

&#8220As the nation looks back on the 150th anniversary of the start of the Civil War, I encourage New Yorkers to visit this moving exhibit in the State’s Capitol,&#8221 said Rose Harvey, Commissioner of the Office of Parks, Recreation and Historic Preservation. The flags are a physical connection to our nation’s history, and I am tremendously grateful to the private individuals and organizations who have partnered with New York State to make this exhibit possible.&#8221

&#8220The collection of New York’s historic battle flags held by the Division of Military and Naval Affairs on behalf of the citizens of New York is a reminder of the courage and sacrifice of the almost 500,000 New Yorkers who fought in the Civil War,&#8221 said Major General Patrick Murphy, the Adjutant General of New York. &#8220I’m pleased that this exhibit will allow more New Yorkers to share in that history.&#8221

The exhibition will run in the New York State Capitol’s eastern entrance area through June 2012. The exhibit is taking place thanks to a combination of a $30,000 grant from the Coby Foundation, a New York City organization that funds projects in the textile and needle arts, and approximately $13,000 in donations from private citizens.

The exhibit features the massive 14- by 24-foot Marshall House Flag, which Colonel Elmer Ellsworth of the 11th New York Volunteers, attempted to remove from the Marshall House hotel in Alexandria, Virginia – a flag visible across the Potomac in Washington, D.C. With a small party, Ellsworth climbed to the roof and cut down the flag prompting an exchange of gunfire with hotel owner James Jackson, in which both Ellsworth and Jackson were killed.

The Marshall House incident became national news and plunged the entire country into mourning – the North for Ellsworth, the South for Jackson. President Abraham Lincoln, ordered an honor guard to deliver Ellsworth’s body to the White House for a funeral service. Ellsworth, the first Union officer to be killed in the conflict was then laid in state at City Hall in New York City and the State Capitol in Albany respectively before being buried in Mechanicville, New York. The Marshall House flag accompanied Ellsworth’s body home to New York State.