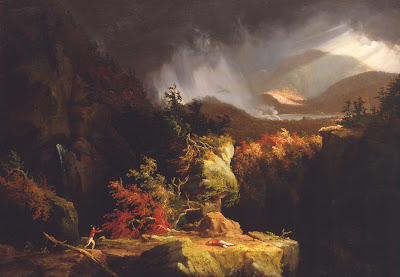 Former Assemblyman Richard Brodsky, now Senior Fellow at Demos and the Wagner School at NYU, has released the following statement in response to the New York State Board of Regents enactment of deaccessioning regulations which closely track his legislative efforts over the past ten years:

This is an extraordinary moment in the cultural history of the state. The Regents, under the leadership of Merryl Tisch and Committee on Cultural Education Chairman Roger Tilles, have vindicated fundamental cultural values, and help preserve New York’s museum collections for future generations. New York is again leading the nation and the world as new economic realities endanger museum collections everywhere. Repeated attempts to deaccession collections in order to pay bills has been a painful and repeated reality. It sets forth rules that permit institutions to function but protects the public interest in collections that the public has helped assemble.

The heart of this struggle has been to prevent the selling off of collections for the purposes of operating expenses. That principle has long been asserted by the museum community itself and groups such as the American Association of Museum Directors and the Museum Association of New York, have been stalwart and uncompromising in their principled positions. This victory would not have been achieved without their leadership.

It is important to note that the regulations leave with individual museums the decision about what to collect and what to deaccession. What the regulations do is assure that the current economic crisis will not result in a massive shift of publicly accessible art into private hands.

New York is the cultural capital of the world. We enjoy the generosity of private donors and philanthropists, huge numbers of semi public and public institutions, and the populous that supports and enjoys its thousands of museums. This action today by the Board of Regents will assure New York’s continued leadership and preeminence. My special thanks to my colleagues Matthew Titone and Steve Englebright who continue to lead this legislative effort, to MANY Director Anne Ackerson, to Michael Botwinick, Director of the Hudson River Museum and Vice President of MANY, Regent James Dawson, the staff of the Department of Education, and to the thousands of involved and passionate New Yorkers who insisted that our collections be protected.”

A pdf pf the rule can be found here.

Illustration: Gleyna, or A View Near Ticonderoga. The 1826 Thomas Cole painting held by the Fort Ticonderoga Museum which faced the possibility of selling a portion of it’s collection in recent years.