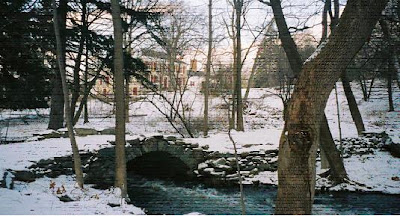 Written at the John Ellison house, Knox’s Headquarters, in early March 1783, the two letters that came to be known as the Newburgh Addresses stirred passions within the Army. The author called for the officers of the Continental Army to threaten to march on Philadelphia and use military force to compel Congress to redress their longstanding grievances. Had the conspirators been able to make good on this threat, the United States, the beacon of freedom and democracy for the world might have developed quite differently. Knox’s Headquarters will present a lecture and special tour on Saturday March 12 from 1:00 – 2:30 PM highlighting this conspiracy.

Whether this threat was real or just an elaborate bluff, the implications of the letter shocked Washington. Throughout its long troubled history, the officers had kept the Continental Army together despite dreadful conditions, bitter defeats and soldier mutinies. If the officer corps turned against the country who could prevent the military from dictating to its civilian masters. Washington countered the first letter by expressing his “disapprobation of such disorderly proceedings” and directed that the officers meet in the Temple Building on March 15th to hear the latest report of the Committee of the Army to Congress. In the second March 12th letter, the author argued that Washington, by not banning further meetings actually supported their tough rhetoric. They could not have been more wrong.

Unexpectedly and certainly not welcomed by the conspirators, Washington appeared at the meeting and he addressed the esteemed gathering. The Commander-in-Chief poured out his heart to the officers, but so deep was their resentment that by in large, most of them were still unmoved. In a fit of desperation, he reached into his coat pocket and pulled out a letter from Congressman Joseph Jones, one of the Army’s staunchest supporters. He struggled to read it to them, but his eyesight was failing. His speech, in his own hand, was in large letters, but the Jones letter was written in smaller script, making it very difficult to read. He finally set the letter down and pulled from a pocket his new spectacles. Just a few at headquarters had ever seen him wearing them. This was his first use of them in public. Washington put on his spectacles and in a self-effacing manner said: