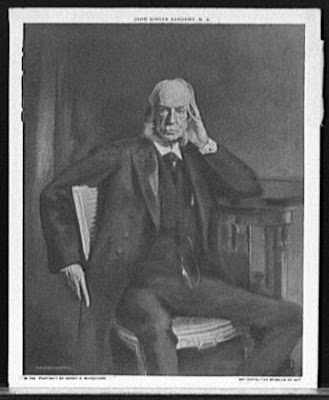 For over three decades Marquand spent his fortune carefully acquiring artwork to decorate his Madison Avenue mansion and to enlarge the Metropolitan’s then modest holdings. The Henry Gurdon Marquand Papers contain correspondence with artists and dealers, receipts, inventories, and notes that document his activity as an art collector and patron of The Metropolitan Museum of Art.

The bulk of the correspondence is with the British artists George Henry Boughton and Frederic Leighton, and dealers, Martin Colnaghi, Charles W. Deschamps, Wolfgang Helbig, Robert Jenkins Nevin, John Charles Robinson, H. Herbert Smith, and Thomas Humphry Ward. Most dates from 1868-1898, Marquand’s most active period of commissioning and collecting works of art for his home and for eventual donation to the Metropolitan.

The Finding aid is available online as a pdf.

The objective of The Metropolitan Museum of Art Archives is to collect, organize, and preserve in perpetuity the corporate records and official correspondence of the Museum, to make the collection accessible and provide research support, and to further an informed and enduring understanding of the Museum’s history. Archives holdings include Board of Trustees records, legal documents, Museum publications, office files of selected Museum staff, architectural drawings, press clippings, and ephemera. The Archives is accessible to Museum staff and to qualified scholarly researchers at the graduate level and above. Requests for access should be sent via email, and should include a brief summary of the research project, an outline of sources already consulted and a curriculum vitae or resume. Access is granted at the discretion of Archives staff, and certain materials may be restricted. The archives can be contacted via e-mail at: [email protected]