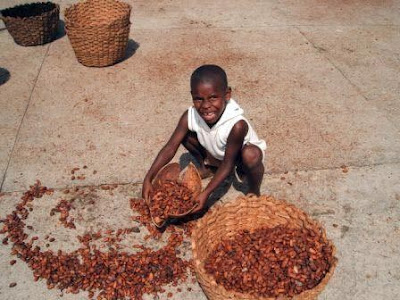 On Monday, 14 February, John Brown Lives!’ Dreaming of Timbuctoo Exhibition will be on display in The Well of the Legislative Office Building in Albany. The exhibition will be unveiled at 11:00 a.m. with Valentine’s Day Fair Trade chocolates and guest speakers, including Assemblyman Steven Englebright, Assemblywoman Teresa Sayward, and Senators Kevin Parker and Betty Little.

While the exhibition brings to light a long-forgotten chapter of New York State freedom history, speakers will also draw connections across continents from the Sahara to the Adirondacks, discuss the importance public funding for state historic sites, and provide an update on the current campaign to end child/slave labor and trafficking in the chocolate industry.

Fifteen years before the Civil War, leading black and white abolitionists in New York State rolled out an ambitious voting rights strategy to break the juggernaut in Albany that kept Black New Yorkers disenfranchised. Part agrarian dream, it also resulted in radical reformer Gerrit Smith deeding 120,000 acres of Adirondack land to 3,000 free black men from all across the state. While few families moved to their plots, Smith’s &#8220scheme of justice and benevolence&#8221 is what attracted John Brown to move there with his family. The homestead is where Brown chose to be buried after his raid on the federal arsenal at Harpers Ferry in 1859 to strike a blow against slavery. Tens of thousands of visitors come to the John Brown State Historic Site outside of Lake Placid every year to visit the gravesite of Brown and several of his fellow Raiders.

Dreaming of Timbuctoo is the first serious and thorough treatment of the backstory behind John Brown’s attraction to the Adirondacks. The exhibition premiered at the Adirondack Museum in 2001 and then toured campuses, libraries, historical societies, and museums around the state, including the State Museum in Albany, and was seen by well over 100,000 people. With Assemblyman Englebright and Senators Kevin Parker and Betty Little as sponsors, the exhibition will be on display in The Well for the public to view through Thursday 17 February.

Invited speakers at the press event in The Well on Valentine’s Day, Monday 14 February, at 11:00 a.m. include:

– Assemblyman Steven Englebright and Assemblywoman Teresa Sayward-
– Senators Kevin Parker and Betty Little-
– Martha Swan, Director, John Brown Lives!
– Brian O’Shaughnessy, Executive Director, New York Labor-Religion Coalition who will make the link to current work to end child/slave labor and trafficking in cocoa industry-
– Jane McNamara, Director of Grants & Special Programs, New York Council for the Humanities
– Dr. Hadley-Kruzcak-Aaron, SUNY Potsdam professor and archeologist who is conducting a dig on one of the Timbuctoo plots in Essex County-
– Andrew Stewart, a college freshman from Albany who was part of Hadley’s team on a dig in 2009-
– Brother Yusef Wasi, an Albany educator and mentor of Andrew and other teens involved in the dig-
– Ibrahim ag Mohamed, Director of Scarab School, Timbuktu, Mali (whose greetings from Mali will be read on his behalf)
– Amy Godine, exhibition curator, who will lead a walk-thru of the exhibition.

Fair Trade chocolate will be handed out and people will have the opportunity to send a Valentine’s Day post card asking the Hersheys Chocolate Company to certify that David West, CEO of Hersheys Company.

Dreaming of Timbuctoo is a joint project of the freedom education project John Brown Lives! and the Essex County Historical Society. Major funding for the exhibition and a slate of educational and cultural program was provided by the New York State Council for the Arts, the New York Council for the Humanities, private foundations, and numerous individual donors.