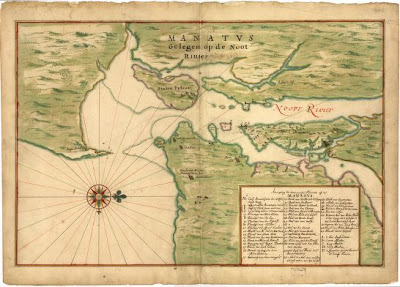 A Communipaw Story Marathon will be presented tomorrow, Friday, June 4, as part of Jersey City’s quarterly arts and culture festival, JC Fridays. There will be dramatic readings by professional actors of several short stories by Washington Irving, including three set in Communipaw, from his 1855 collection, Wolfert’s Roost And Miscellanies.

Also included will be an excerpt from The Legend of Sleepy Hollow. Trish Szmanski will be reading A Tale of Communipaw / Guests from Gibbet Island, the story on which she is adapting a script for theater. According to Trish &#8220The play is coming along well, not done, but close to final in form. Lots of new characters, dialogue, drama, four acts &#8211 exciting!&#8221

Communipaw is the historic European place of origin for Jersey City begun in 1634 when one of the first &#8220bouweries&#8221, or farnmsteads, in New Netherland was built there. The homestead was part of Pavonia, a patroonship of Amsterdam businessman Micheal Pauw. Plantations, worked by enslaved Africans, were located there. The Tappan and Wecquaesgeek took refuge there in 1643 before being attacked by the Dutch in the Pavonia Massacre, which led in part to Kieft’s War.

The village of Communipaw was originally part of the Dutch West India Company holdings. After the British takeover it became part of the Province of New Jersey although it retained its Dutch character for hundreds of years. Washington Irving visited the area often and referred to Communipaw as the stronghold of traditional Dutch culture.