The Larry J. Hackman Research Residency program is intended to support product-related research in such areas as history, law, public policy, geography, and culture by covering research expenses. Award amounts range from $100 to $4,500. The deadline for receipt of application materials is January 15, 2013.

Academic and public historians, graduate students, independent researchers and writers, and primary and secondary school teachers are encouraged to apply. Projects involving alternative uses of the State Archives, such as background research for multimedia projects, exhibits, documentary films, and historical novels, are eligible. The topic or area of study must draw, at least in part, on the holdings of the New York State Archives. 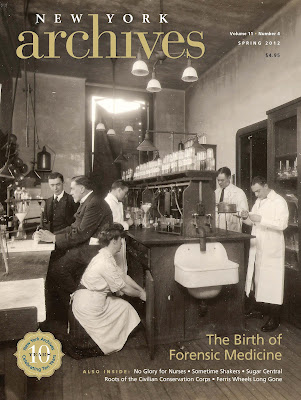 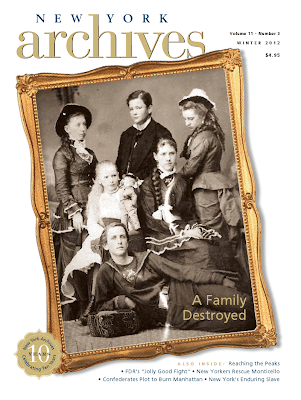 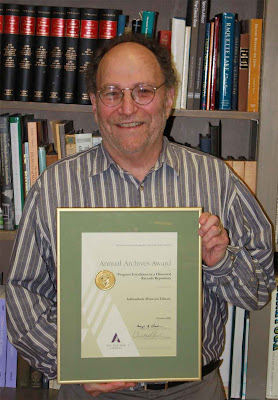 The Archives Partnership Trust and the New York State Archives have announced the availability of awards for applicants to pursue research using the New York State Archives. The Larry J. Hackman Research Residency program is intended to support product-related research in such areas as history, law, public policy, geography, and culture by covering research expenses. Award amounts range from $100 to $4,500.

Academic and public historians, graduate students, independent researchers and writers, and primary and secondary school teachers are encouraged to apply. Projects involving alternative uses of the State Archives, such as background research for multimedia projects, exhibits, documentary films, and historical novels, are eligible. The topic or area of study must draw, at least in part, on the holdings of the New York State Archives.

Deadline for receipt of application: January 15, 2011. 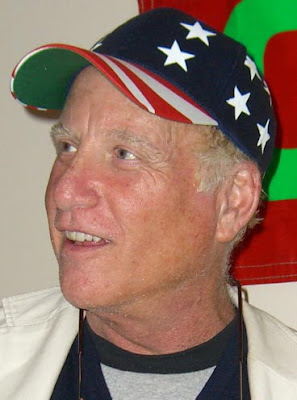 Richard Dreyfuss, Academy Award-winning actor and passionate advocate for teaching American history in primary and secondary schools, will be given the 2010 Empire State Archives and History Award on Tuesday, September 28, 2010 at 7:30 p.m. in The Egg, Empire State Plaza, downtown Albany. As part of the program, Dreyfuss will be interviewed by noted Lincoln scholar Harold Holzer about his life, work and passion for history. Tickets are $10 and may be obtained from The Egg Box Office at (518) 473-1845 or online at www.theegg.org. The event is sponsored by the New York State Archives Partnership Trust, Greenberg Traurig, the Times Union, the History channel, and the New York State Writers Institute.

Dreyfuss is a leading advocate for the teaching of history in America’s primary and secondary schools. Recently, the Brooklyn-born actor founded a nonprofit organization, The Dreyfuss Initiative, whose mission is to promote Constitutional literacy, historical appreciation and open political dialogue among young people. Regarding the group’s mission, Dreyfuss states, &#8220We are a nation bound by ideas only. We have no common ancestry, no common religion, no common military victory or defeat, no common crime that binds us. If you don’t teach those ideas to every new generation of Americans with wit and rigor, we are not bound.&#8221

A member of the Board of Trustees of the National Constitution Center in Philadelphia, Dreyfuss served as Senior Associate Member of St. Antony’s College, Oxford, where he researched and developed new curricula for teaching the history and practice of democracy in public schools.

Dreyfuss received the Academy Award for Best Actor in Neil Simon’s The Goodbye Girl (1977), the youngest actor to be so honored until 2002. Dreyfuss was nominated a second time for Mr. Holland’s Opus in 1995. The actor’s other noteworthy films include The Apprenticeship of Duddy Kravitz (1974), his first lead role, American Graffiti (1973), Jaws (1975), Down and Out in Beverly Hills (1986), Tin Men (1987), Krippendorf’s Tribe (1998), and Oliver Stone’s W. (2008). Dreyfuss’s remarkable performance in W. as Vice President Dick Cheney earned him a great deal of critical attention and praise. Dreyfuss received a star on the Hollywood Walk of Fame in 1996.

Dreyfuss’s many television credits include four episodes of the Showtime series, Weeds in its 2010 season, two episodes voicing himself in the 2009 season of Family Guy, and the title role in the CBS series, The Education of Max Bickford (2001-2002), about a history professor at a women’s college. The latter role earned him a Screen Actors Guild nomination for Best Actor.

Dreyfuss is also the coauthor of a novel with leading fantasy writer, Harry Turtledove &#8211 The Two Georges (1995), which presents an alternative history of the American Revolution.

In advance of the program, a ticketed reception to honor Dreyfuss will be held at The Egg from 5:30-7:00 p.m. To learn more, contact the Trust at (518) 486-9349, or online at http://www.archives.nysed.gov. Proceeds will benefit the New York State Archives and Archives Partnership Trust.

The NYS Archives and the Archives Partnership Trust announce the availability of awards to qualified applicants, including students, teachers and public historians, to pursue research using historical records at the New York State Archives. Awards generally range from $100-$4,500 for advanced research in New York history, government, or public policy.

The Larry J. Hackman Research Residency Program supports applicants from a variety of backgrounds with awards for advanced research in New York State history, government, or public policy. Previous residents have included academic and public historians, graduate students, independent researchers and writers, and primary and secondary school teachers. The project must draw on the holdings of the New York State Archives. Projects may involve alternative uses of the Archives, such as research for multimedia projects, exhibits, documentary films, and historical novels.

Endowment earnings and private contributions to the Archives Partnership Trust provide the financial basis for the Hackman Research Program. Contributors have included The Susan and Elihu Rose Foundation, Inc., Henry Luce Foundation, Inc., The Gladys Krieble Delmas Foundation and The Lucius N. Littaur Foundation. Contributions and endowment earnings enable the Trust to maintain prior years’ award levels, as well as to continue with invitational fellowships to complete priority projects.

The New York State Archives Partnership Trust and the History channel will host a conversation with Academy Award-winning actor and passionate advocate for strengthening history education in our schools Richard Dreyfuss and nationally prominent Lincoln Scholar Harold Holzer to be held on Tuesday, September 28, 2010 at 7:30-8:30pm at The Egg, Center for the Performing Arts, Empire State Plaza, Albany, New York. Mr. Dreyfuss will then be presented with the Empire State Archives and History Award.

The cost for the program is $10 per person (plus handling fees). Tickets are available August 1st. Reservations are required. Tickets can be purchased by calling The Egg Box Office at (518) 473-1845 or online at www.theegg.org.

In advance of the program, a reception to meet Mr. Dreyfuss will be held at The Egg, Center for the Performing Arts, from 5:30-7:00 pm. Reservations will be accepted starting August 2, 2010 by calling the Trust office at (518) 473-7091. Please see the Trust website for reception ticket prices.

WAMC Northeast Public Radio and the New York State Archives Partnership Trust present the Power of Words, a new series of programs that follows American history through some of the most memorable and inspiring political speeches of our time. The series of 26 programs kicks off tomorrow Friday, June 25th at 1 p.m. and a new program will air every other week on WAMC.

On the debut program, WAMC’s Alan Chartock and Dr. David Woolner, senior fellow and resident historian at the Franklin and Eleanor Roosevelt Institute, will set the scene and provide context and analysis of Franklin D. Roosevelt’s first inaugural address. In addition, listeners will have an opportunity to actually hear the speech as it was delivered on March 4th, 1933. Other speeches in the year-long series include Barack Obama’s inaugural address, Ronald Reagan’s speech at the Berlin Wall, John F. Kennedy’s &#8220I am a Berliner&#8221 speech, and more.

WAMC’s President Alan Chartock says, &#8220It is imperative that everyone remember and learn where we came from and what this country has gone through in tough times. Great leaders are hard to come by and these great speeches can teach us a great deal about courage and leadership. WAMC is very proud of this series.&#8221

Support for the series is provided by the Archives Partnership Trust- Einhorn Yaffee Prescott Architecture & Engineering P.C.- the New York Council for the Humanities, a local affiliate of the National Endowment for the Humanities- and Assemblyman Jack McEneny.

&#8220We could not be more indebted to WAMC for their leadership on this series and to our sponsors for their support,&#8221 said Robert E. Bullock, President of the Archives Partnership Trust. &#8220It is our hope that this series will encourage citizens to truly understand the role of great ideas and transformational language in our everyday lives.&#8221

WAMC Northeast Public Radio broadcasts 24 hours a day with information and cultural programming from stations reaching parts of seven Northeastern states. WAMC is an award-winning producer of regionally based programming. WAMC is a member station of National Public Radio and is affiliated with Public Radio International and American Public Media. 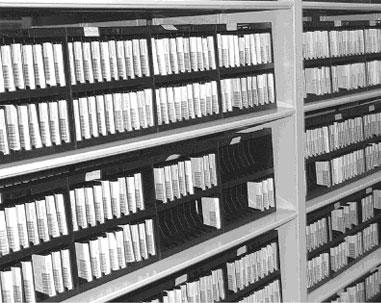